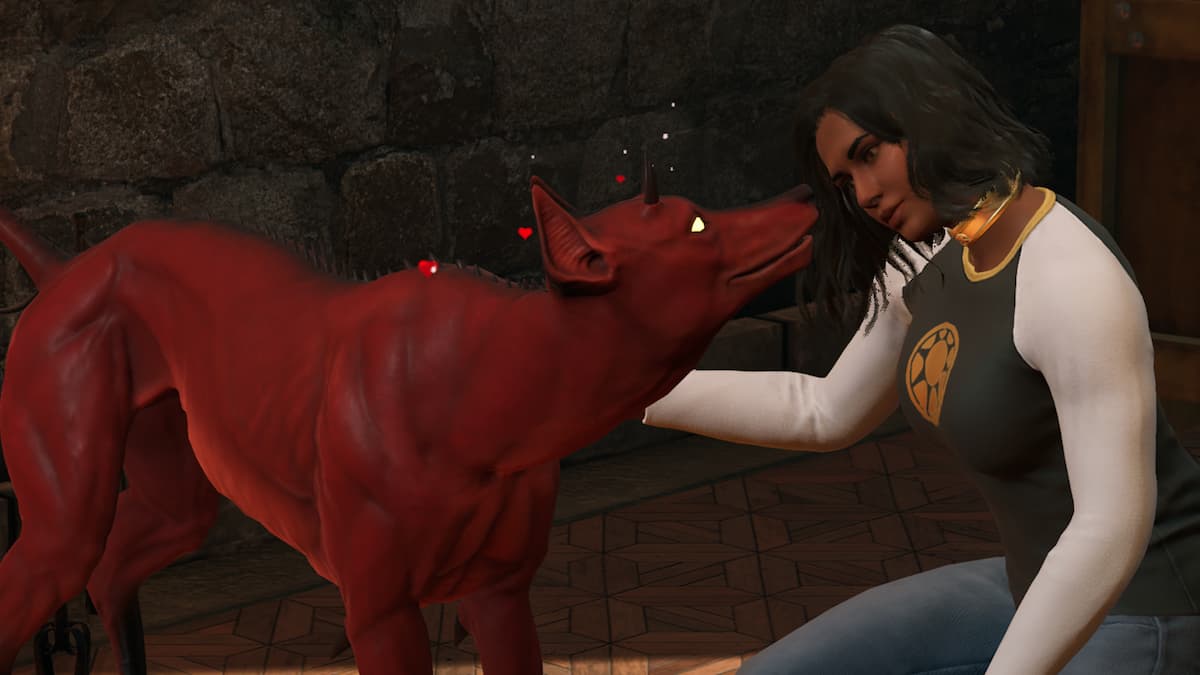 Charlie is an adorable demonic dog who can help you with missions around the Abbey. Like the heroes, this character’s performance varies depending on the state of your relationship and can be improved with specific actions. In this guide, we’ll show you how to increase Charlie’s friendship in Marvel’s Midnight Suns to maximize her strength in battle.

How to Increase Friendship with Charlie in Marvel’s Midnight Suns

Players can increase Charlie’s friendship by petting/praising her once a day at the Abbey. You’ll be able to find her on the map with the paw print icon:

Once players locate the hellhound in Marvel’s Midnight Suns, there should be two options: ‘Pet/Praise’ and ‘Follow Me.’ The second option does not boost Charlie’s relationship level, but sometimes she can find valuable objects around the Abbey during this time. You can also tell your companion to ‘Wait here’ to disable the follow command.

As players increase their friendship with Charlie, the creature will receive upgraded combat abilities for missions. For example, she will accompany you in various Words of Power challenges, which can unlock new moves for Hunter.

Charlie has many useful powers in battles, such as Bite, Howl, and Maul. As mentioned before, these abilities can be improved over time the more you pet/praise her. If players want to know the current status of their relationship, they must approach the hellhound to view Hunter’s bond level, similar to other character friendships.

Now that you know how to increase your friendship with Charlie in Marvel’s Midnight Suns, you can upgrade her abilities for missions. While you are here, be sure to explore the relevant links below, including our guides about the best activities and gifts for Captain Marvel and Doctor Strange.