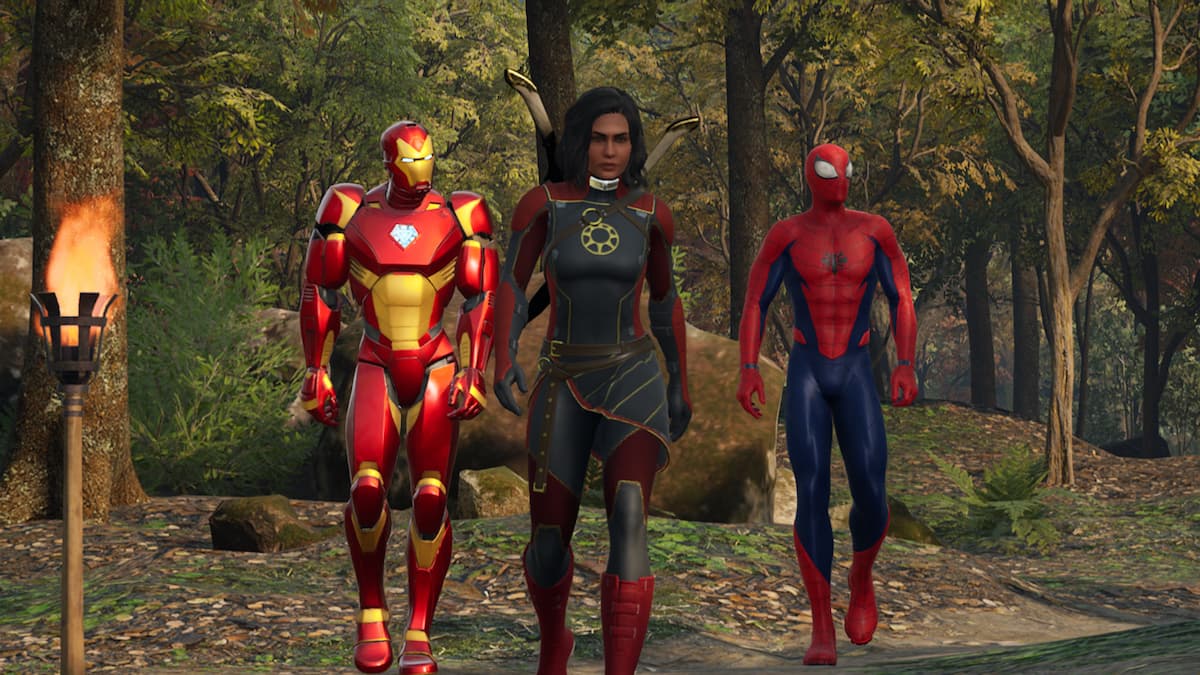 The daily life of a Midnight Suns hero can sometimes be hectic and dangerous. But, when the day is over, the characters will get to rest at the Abbey and hang out with other teammates. These instances are the perfect time to build relationships, boosting the group’s performance in battle. So, if you want to know more about this aspect of the game, we’ll explain what Team and Hero Friendships are in Marvel’s Midnight Suns.

Marvel’s Midnight Suns features two types of relationships: Hero and Team Friendships. Hero Friendships are individual relationships that can give players combat and cosmetic rewards for a single character. Then, when you increase the bonds with several heroes, you’ll enhance the overall Team Friendship level, giving you Hero Combo cards for battle and valuable resources.

Players can boost Hero Friendship levels by doing various activities with characters around the Abbey, including hangouts, Hero Requests, and missions. As for Team Friendships, you can get Hero Combat cards to use in battles. For example, players will get the chance to combine the strength of Hunter and Iron Man by selecting this attack:

It should be noted that Hero Combos require more Heroism compared to standard cards. Nevertheless, these attacks can significantly damage adversaries, resulting in a K.O. in most cases.

When players advance further with Team Friendships, they can earn additional rewards. For example, at Level 2, you can unlock the Gift Shop feature to obtain presents for heroes, while Level 8 provides you with new challenges.

If players want to know the status of their relationships, they can view their Hero and Team Friendships in the ‘Heroes’ tab on the menu.

How to Increase Friendships in Marvel’s Midnight Suns

To increase Friendship levels in Marvel’s Midnight Suns, players can do the following methods:

The more players increase their Friendship levels, the more they’ll earn valuable items and resources, including Hero passive abilities, an increase in character stats, and Hero ability cards. That said, we’ll break down each of these techniques to get you one step closer to maximizing the strength of your team:

At night, players can go hangouts with a single character to boost their Friendship level. Hangouts are short intervals where you can do activities around the Abbey, like playing video games, fishing, and watching a movie. But, there are certain activities that heroes favor more based on their personalities, like how Captain Marvel enjoys workouts and Blade loves meditation.

During this time, you can converse with your teammate and choose dialogue options that can give you Friendship XP. Moreover, sometimes allies will message you on Superlink to hang out, and you can respond to them to immediately start the event.

Club meetings are available at night and can be selected when you interact with a hero on Superlink. These group hangout sessions can give players extra rewards, such as combat abilities and club outfits.

There are three clubs players can join: EMO Club, Shop Club, and Book Club. In these meetings, you can talk to characters and help them with several tasks, boosting Friendship levels.

During the daytime, players can invite a teammate to a Haven, an outdoor scenic area. These events are similar to hangouts, and you can unlock more locations by examining blue spots on the Abbey Grounds. However, players should be aware that each Haven can only be used once, and each hero can only attend a single Haven throughout the game.

Those who go to the Yard in Marvel’s Midnight Suns can participate in training sessions with another hero. These instances do not require any combat gameplay, so it shouldn’t take too much time out of your day. Furthermore, the Yard has other features, like upgrading abilities and buying new equipment for training.

Like the sparring events, Hero Requests are relatively simple since they are short dialogue scenes where players must answer a single question. Sometimes these inquiries can also be favors that you must complete in a timely manner. As a result, players will be rewarded with Gloss, Hunter Dark/Light Balance, Friendship XP, Essence points, and many more.

When you bring certain characters into battle, you can earn Friendship XP once you finish the mission. Therefore, if a team member has a low-level relationship, players can take them on to the next quest to boost their stats.

Over time, players will earn the Compliment dialogue option in Marvel’s Midnight Suns. With these talking points, you can praise heroes by completing research projects, embarking on Hero Ops, and researching a new training level at the Yard. But, be mindful of overusing the same Compliment to one character because they won’t appreciate it as much if you continuously do so.

The Gift Shop feature unlocks when players reach Level 2 in Team Friendship, and this store has a variety of presents that you can give to characters after hangouts. Nonetheless, it’s recommended to provide heroes with their favorite gifts since this can increase Friendship levels significantly.

Now that you understand the difference between Team and Hero Friendships in Marvel’s Midnight Suns, you can start leveling up your relationships with characters like Captain Marvel and Doctor Strange. For more Midnight Suns content, be sure to explore the relevant links below.