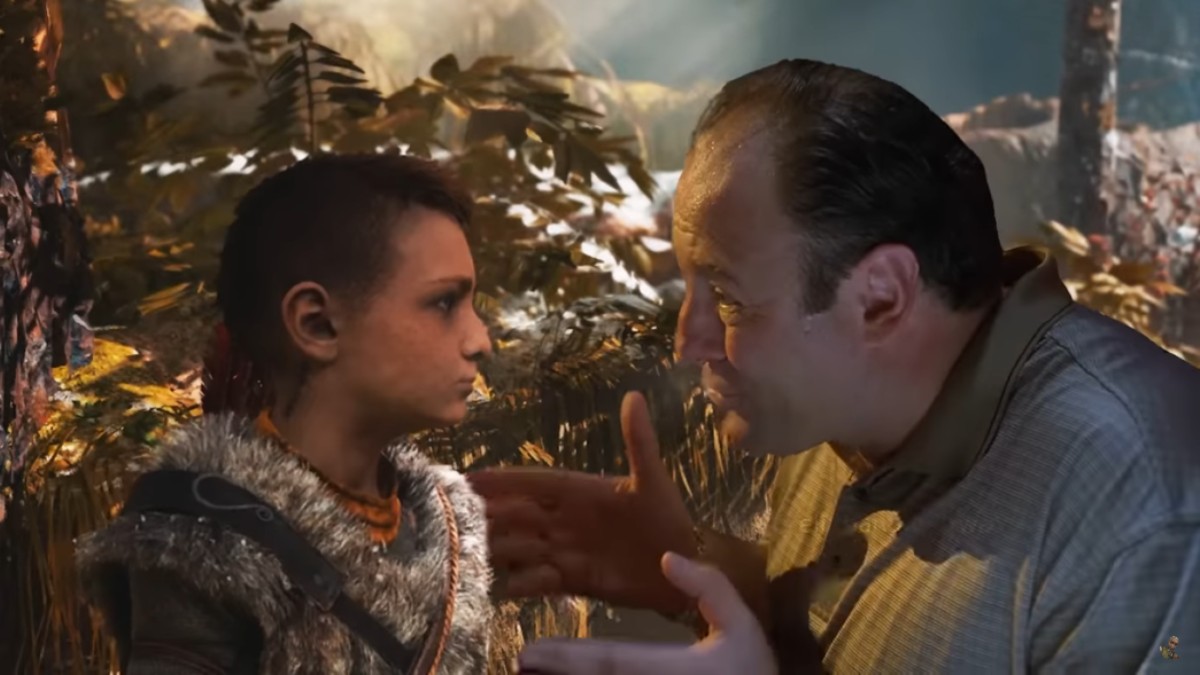 If there’s any content creator that can blend two seemingly unrelated things in such a masterful way, it’s self-described “meme maker” eli_handle_b․wav. Their content includes weaving together characters and scenes from gaming, movies, and television shows, and this time around, it’s The Sopranos and God of War.

The comical parody video depicts Tony Soprano venturing the Norse realms with Atreus, chatting with Freya and Mimir, taking on the game’s toughest enemies like ogres and Baldur with the Leviathan Axe in hand, all the while struggling with being a father and keeping his temper in check.

What really steals the show is the dialogue, which fits surprisingly well within the context of the game, though it certainly helps that Kratos and Tony Soprano both share a knack for violence but a strong sense of duty toward protecting their families.

For example, when Tony’s lamenting over his son’s panic attacks and apparent inheritance of the putrid and rotten “Soprano gene,” it’s analogous to Kratos feeling that he passed on his curse to Atreus by virtue of being born a god.

It couldn’t have come at a better time, considering God of War Ragnarok took home several awards at the Game Awards 2022. Be sure to check out all of the awards that the game won and the rest of our coverage of the show by searching Twinfinite.