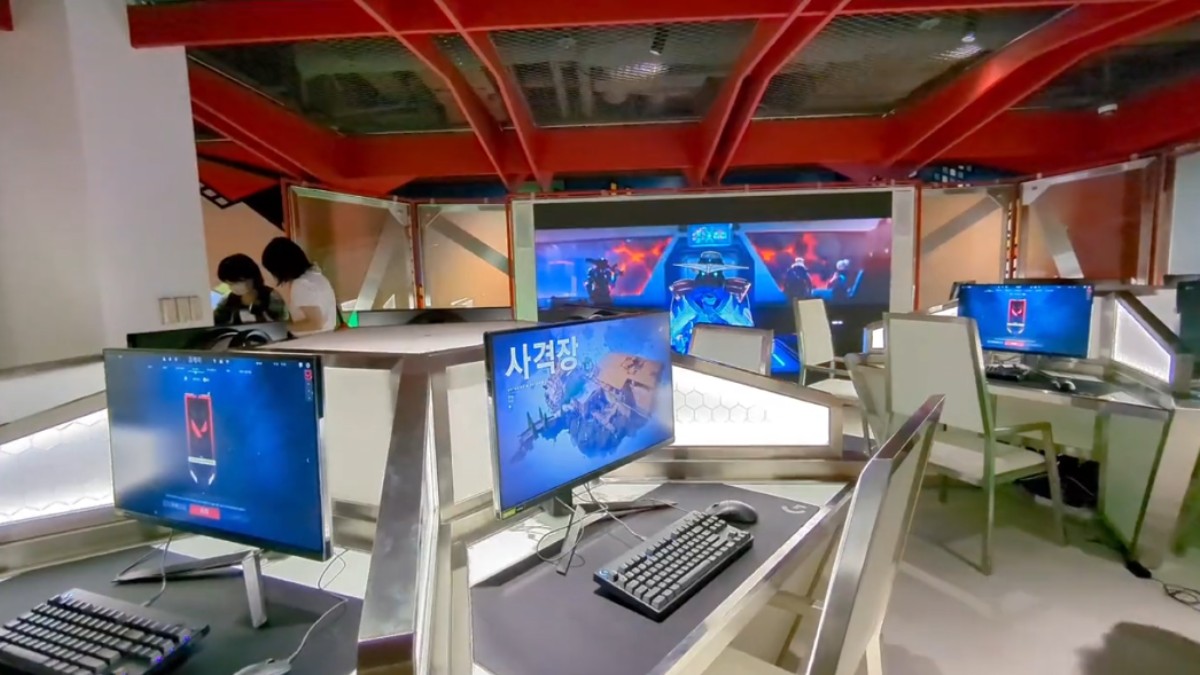 Traveling is one of life’s finest past-times, allowing for exploration of places never seen before for extended periods. As any gamer can relate, traveling is fun, but at a certain point, the feeling of withdrawal starts to kick in after periods of being separated from a gaming setup. Not to mention, layovers and delays are not fun at all.

However, it seems that one airport located in South Korea has found the cure for the withdrawals and other traveling issues. Check out the footage below.

Incheon Airport, located in Incheon, South Korea, has a moderately sized setup for fans of popular PC games created by Riot Games. Fans can explore a storefront that contains a large number of PCs that can be used to play mega-hit titles Valorant and League of Legends. If playing said games isn’t what you’re looking for, there are areas for comfortable seating, plenty of merchandise, life-sized statues of in-game characters to pose a photo with, and artwork created by local artists.

Be sure to stay in the loop with everything Riot Games related, such as the newest skin line coming to Valorant or gameplay from the upcoming fighting title, Project L.