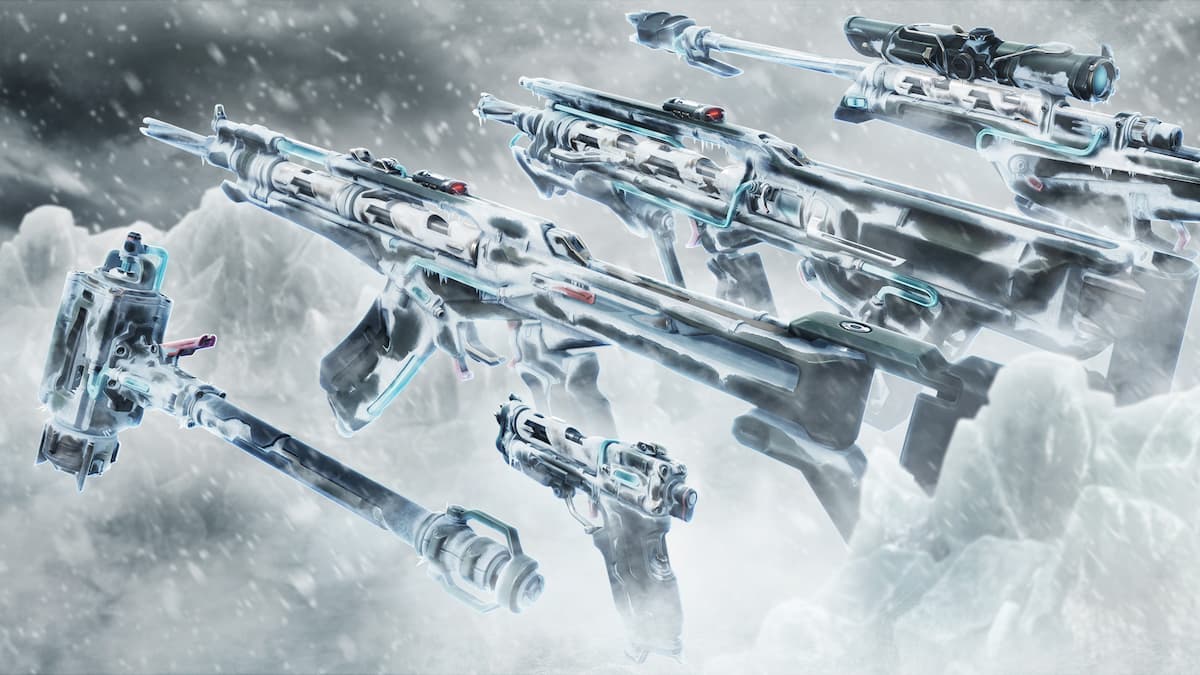 There’s a new premium weapon skin bundle coming to Valorant soon, and it looks like a good one. Called Cryostasis, it’s designed around a frigid, icy theme. Whether or not it has upgrade tiers that include special effects, audio, and a finisher remains to be seen.

Update: The Cryostasis bundle is confirmed to have upgrader tiers and a finisher. There is also a special effect that sees ice grow on your weapon throughout the game. The bundle is likely to cost 7100VP.

That’s because the bundle hasn’t been detailed yet beyond a quick tease from Riot Games via social media. In case it wasn’t clear from the picture above, the Cryostasis bundle includes the following weapons:

We don’t have official word yet on the price, but we’re going to assume it’s at least a deluxe-tier bundle, if not a premium-tier bundle. That would put the price at either 1250 VP or 12750 VP. Again, we’re speculating here until we know more, so we’ll be sure to update this article with more information as and when we hear it.

As for the release date, it’s not actually coming this week along with the patch but the following one: Wednesday, Dec. 14.

For more on Valorant, check out our overview of the upcoming Chamber nerf that is likely to be included in tomorrow’s patch. There are also a whole bunch of Agent changes that are likely to come soon as well if the PBE server trial goes ahead.