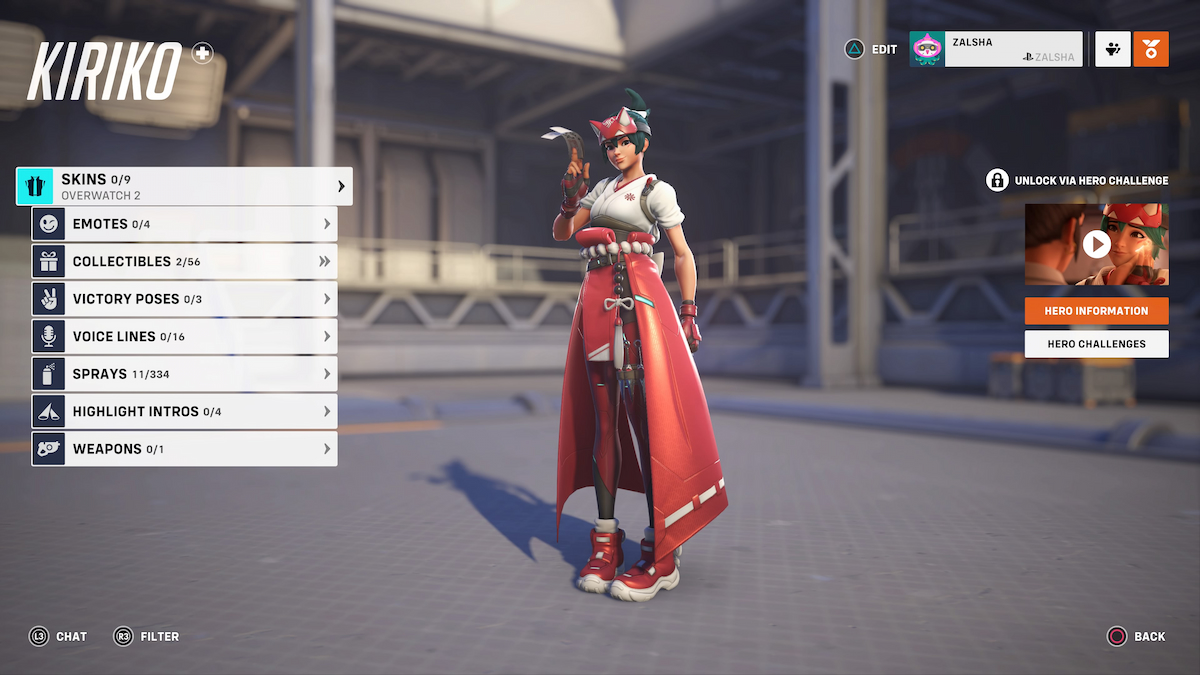 During the first season of Overwatch 2, players could either buy the battle pass for instant access or progress through it to eventually unlock Kiriko. However, it wasn’t clear what would happen in the next season if players hadn’t done either. Thankfully, we finally have an answer; here is everything you need to know about how to unlock Kiriko in Overwatch 2 Season 2.

How to Unlock Kiriko in Overwatch 2 Season 2

To unlock Kiriko in Overwatch 2 Season 2, if you didn’t get the chance last season, you have two options. You can either buy her from the shop or complete seven different challenges.

If you’re looking to do the challenges, you can find these in the Hero section of the Challenges menu, and they mostly involve using all of her abilities in some specific way. This is what you will have to do to unlock Kiriko:

As said, your other option will be buying Kiriko from the store, and there are two options here.

For 1900 Overwatch Coins, you can get the Kiriko Starter Pack which includes the hero, the Athleisure Legendary skin, the Rare Confident Victory Pose, and the Common Who Said It Was Me? Voice Line.

It can be assumed that some variation of the above will be how all future new characters are unlocked if you don’t get them in the season they are added.

This is everything you need to know about how to unlock Kiriko in Overwatch 2 Season 2. Considering the full weight of 35 wins as specifically a Support character, we recommend unlocking Ramattra while you can.