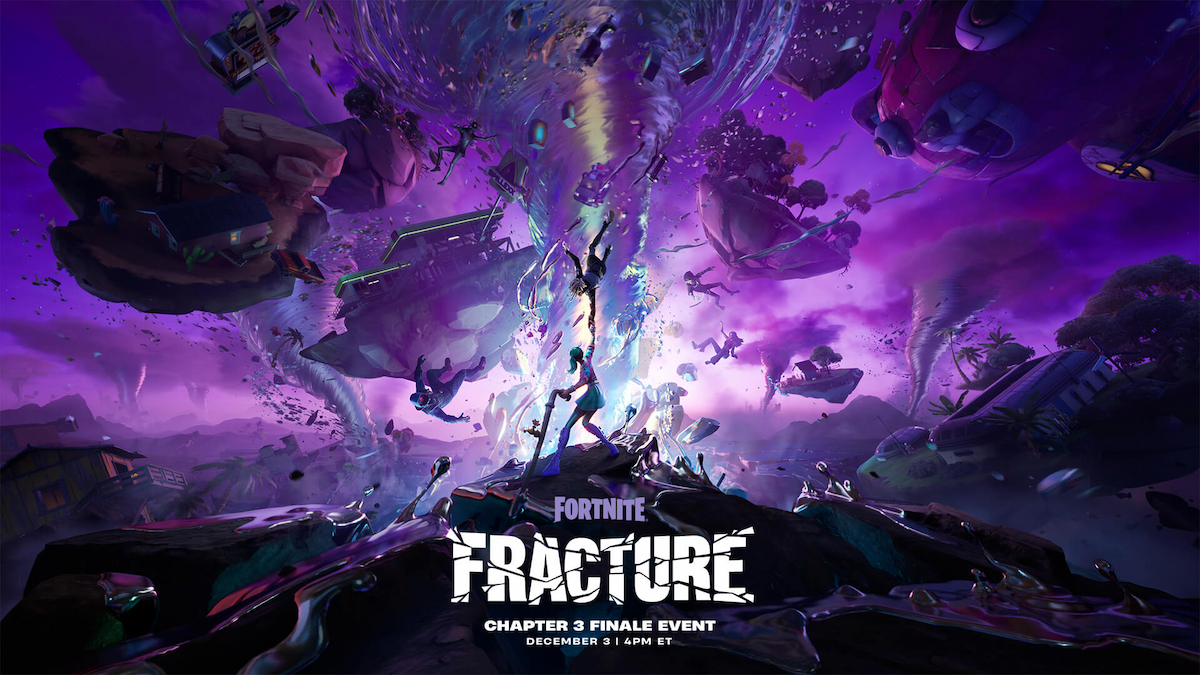 We are only a few days from the Fracture event in Fortnite that will be bringing an end to the battle royale’s third chapter. A new teaser trailer has dropped and reminds us that this season was Paradise, but things are headed toward disaster. As with all Fortnite finale events, this is a one-time experience. If you don’t make it, you won’t get a second chance.

While things got crazy at the start of this season with the chrome’s introduction, there wasn’t a finale event for Chapter 3 Season 3, presumably due to the still low stakes of it. But now, considering the state of the map and how much the chrome has progressed, we were never going to get a peaceful ending. Chapter 3 ends as the shortest yet, but there’s plenty of promise in what Chapter 4 can bring.

The teaser doesn’t give anything away for those hoping to get an idea of where this event might go. Our only option is to show up and witness the end together.

On the bright side, the Fortnite Football Club outfits release onto the Item Shop later tonight, so you can be ready to face the end in style. There’s a decent chance the event will be full of LeBron James.

For those needing a reminder about the Fracture event’s start time:

Fracture will be held Saturday, Dec. 3, for anyone to join in and participate. The event itself starts at 4 PM ET/1 PM PT, and the playlist will open 30 minutes early for players to queue up in preparation. The event will also allow for in-progress joining until 4:40 PM ET.