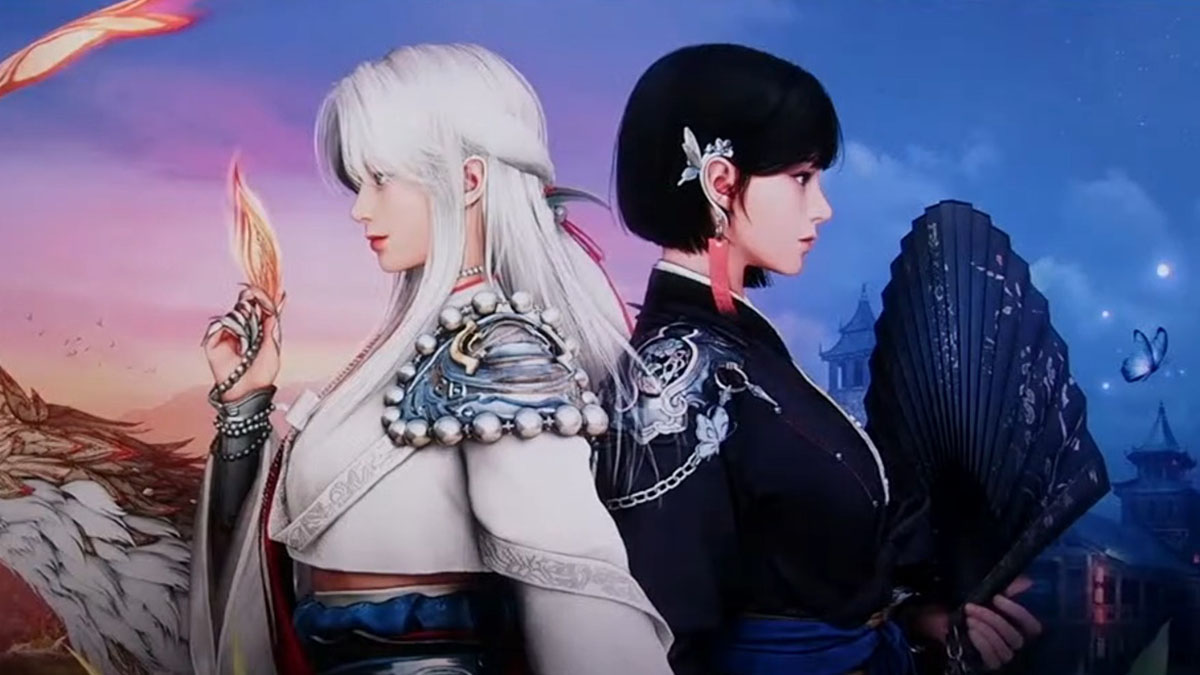 The two classes are “twins born on a leap year day when neither the sun nor moon lit the sky.” They have followed different paths and discovered their own opposite styles of “Do.” As a result, they’re always in conflict.

While Maegu fights with a charm, Woosa fights with a fan, and you can see both in action in the cinematic and combat trailers below.

Interestingly, while the voice acting is in English, the developers opted to keep the Korean terms “unni” and “dongsaeng” respectively indicating the older and younger sister. This means that Woosa is considered the younger of the two and Maegu seems to be enjoying reminding her of that quite often. These terms might be familiar to some as they have been popularized by Korean dramas and manhwa.

Another relevant reveal is the “Land of the Morning Light,” an entirely new region set to release in February in Korea and likely further down the line in the west, adding to the already massive open world of Black Desert.

It’s located in the eastern part of the world and it’s inspired by ancient Korea. You can take a first look in the third trailer below.