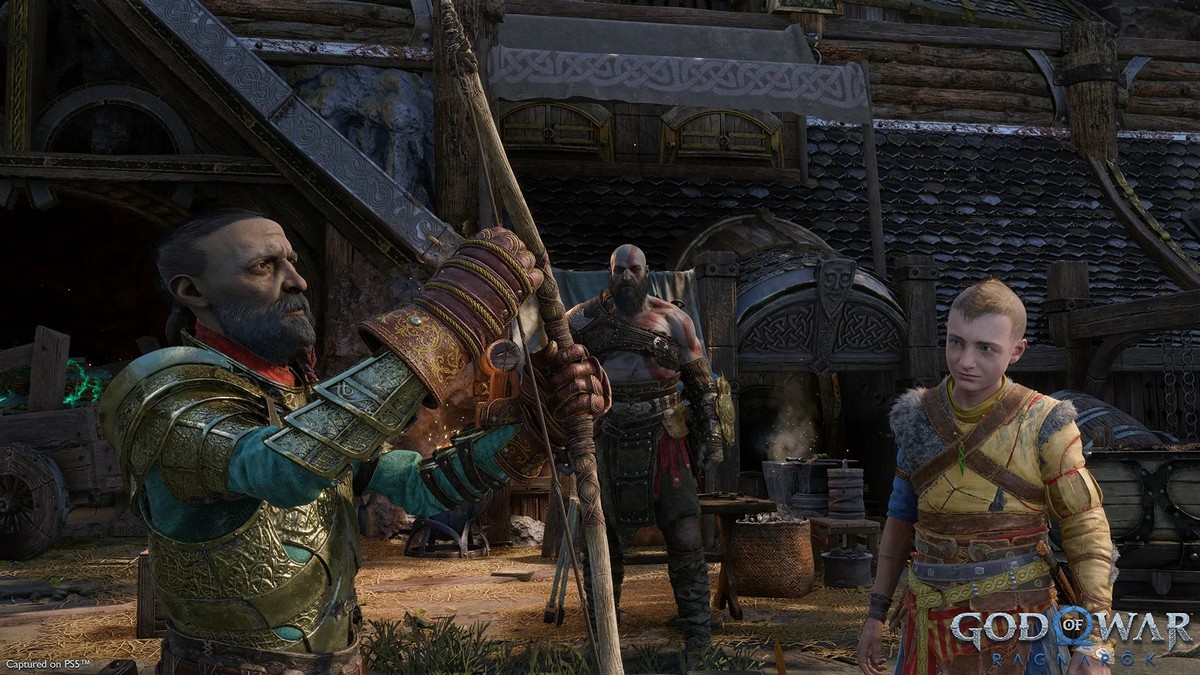 In the latest adventures of Kratos and Atreus in God of War Ragnarok, there is plenty of dramatic twists and turns that our heroes go through. From warring with the Aesir gods to solving the many issues that plague the Nine Realms, players can expect to undergo a rollercoaster of emotions. However, that kind of journey is not restricted to just the father and son duo, with the Dwarven brothers of Sindri and Brok going through a wringer as well. If you are wondering if Sindri will forgive Atreus in God of War Ragnarok, let’s discuss.

As usual, there will be major story spoilers ahead, so please do not read anymore if you wish to experience things on your own.

Sindri, Brok, and Atreus in God of War Ragnarok

The rift between Sindri and Atreus, and to an extent, Kratos, stems from the fact that Brok was murdered by Odin, who has been masquerading as Tyr all along. After stealing the mask from Asgard, Atreus returns to his allies and discusses what would be their next step. To avoid Ragnarok, it was determined that Odin must be slain on his own, with Tyr providing a useful solution with a secret path to Asgard.

The eagled-eye Brok starts questioning why this plan was never put forward by the god, and why instead of calling him Atreus, Tyr always addresses our young hero as Loki. Pushing too far, Odin finally reveals that he has been a Tyr imposter all along, fatally stabbing Brok before escaping with the mask.

Having already lost Brok once, this unfortunate turn of events breaks something in Sindri, and it appears that there is no way back for the dwarf and our heroes, even if he does eventually aid in the battle against Asgard and Odin. Of course, it is more out of a thirst for revenge than love for Atreus and Kratos at this moment.

Will Sindri Come Back As a Villain?

Considering that Brok’s death would likely not happen had Atreus not been so adamant in rescuing Tyr from his prison, one would understand why Sindri puts the blame on the shoulders of young Loki. As part of a post-game quest, we do get some final interaction with Sindri, albeit one with very few words spoken. The various dwarves players meet in God of War Ragnarok will congregate in Svartalfheim for a funeral for Brok. Head over there, and Kratos and Freya will help with the preparations.

Sindri will finally appear, crying over his brother’s corpse, and saying his last words. Holding out a torch for Freya, the fallen Brok is sent on his way as Freya shoots out the flaming arrow. Kratos tries to console Sindri, but his hand is rebuffed with a look of pure scorn. Saying nothing, Sindri walks away before vanishing.

This less-than-conclusive ending of sorts begs the question, will Sindri appear in the future as a villain, especially when it concerns Atreus? The chances are not that high, with the pair as thick as thieves both in the first game and in God of War Ragnarok. We might even see a journey much like Freya’s, who turned from enemy to trusted ally once again through the course of the game. Of course, that all depends if we are getting more content for God of War Ragnarok, and for fans, that will be something to look forward to.

There you have it, our thoughts on whether Sindri will forgive Atreus in God of War Ragnarok. If you are seeking more information about the game, be sure to consult other guides, such as how to finish the Last Remnants of Asgard Favor, who the voice actors are, or understand more about how Odin lost his eye.