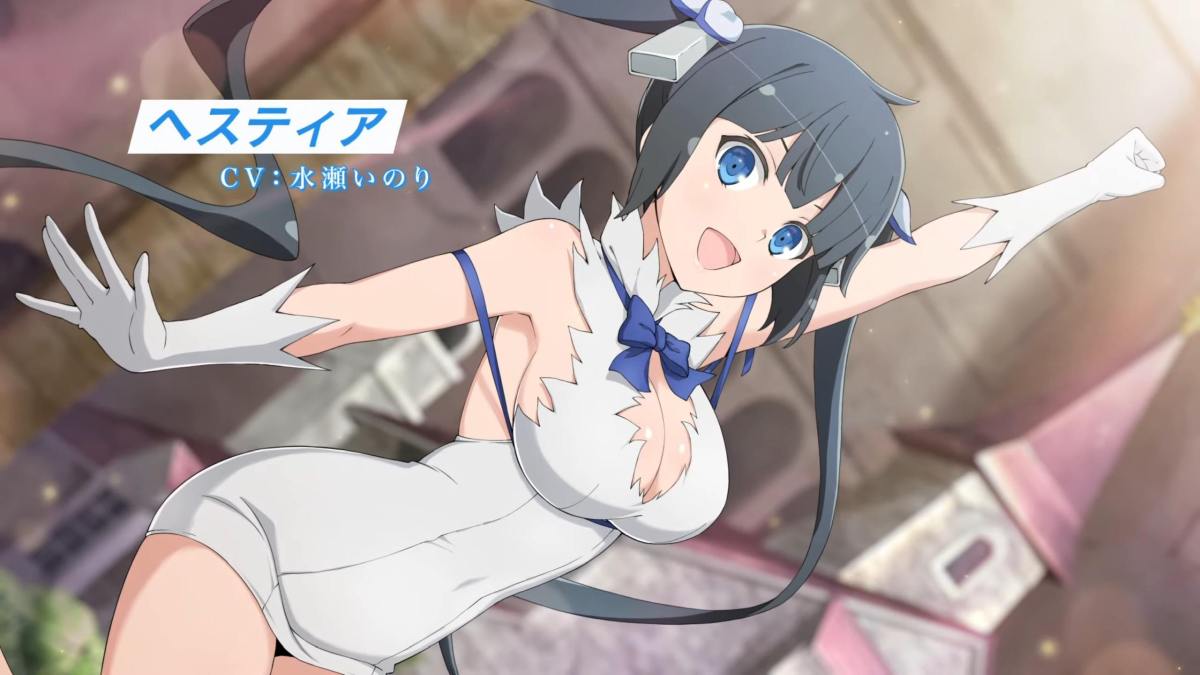 The game will feature characters from the recently aired 4th season of the anime Is It Wrong to Try to Pick Up Girls in a Dungeon?

Specifically, three characters from the anime will appear, the goddess Hestia, the swordswoman Ais Wallenstein, and the elf Ryu Lion.

All three come with their normal outfits and unlockable swimsuit versions, and while protagonist Bell Cranel does not appear in this ladies-only game, he still does indirectly thanks to a dedicated costume for Miyabi.

The event will start on November 15 and you can find the announcement trailer below.

If you’re not familiar with Shinobi Master Senran Kagura: New Link, it’s a gacha game currently available only in Japan for iOS, Android, and PC. Yet, it has a following in the west as well, due to being basically the last consistently updated Senran Kagura game, for the moment.

Marvelous Entertainment has been pushing hard on the crossover front in the attempt to revitalize the aging game, while developer Honey Parade Games has been working on the new IP Dolphin Wave, which was off to a strong start when it was released recently. We still don’t know what this means for  Shinobi Master Senran Kagura: New Link.

If Is It Wrong to Try to Pick Up Girls in a Dungeon? doesn’t ring a bell, it’s also known as “DanMachi” and it originally debuted in 2013 as a light novel series by Fujino Oomori, which is still ongoing.

As most successful light novel series, it sparked both manga and anime, with the latter counting four seasins, a spin-off series. and multiple OVAs and films. We even got a couple of video games.