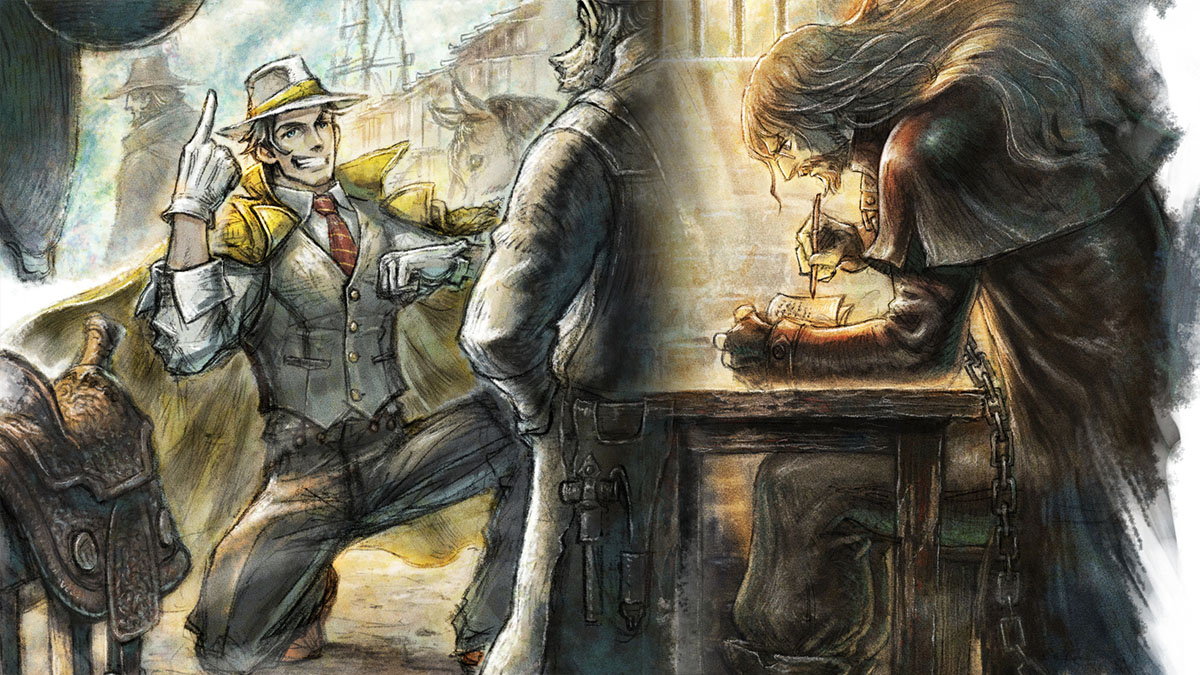 Today Square Enix released a new trailer, artwork, and a large gallery of screenshots of the upcoming JRPG Octopath Traveler 2.

First of all, we get the introduction of two characters, Partitio the merchant and Osvald the scholar.

On top of that, the people you hire will also have different effects on gameplay as they basically become your business partners. Some let you purchase items at a discount and occasionally even free, while others are excellent mercenaries.

His potential allows him to accumulate BP that you can then unleash all at once. On top of that, you can also provide them to your allies.

Moving on to Osvald, he can get information from NPCs, but you only have a chance to succeed and if you fail, your relationship with them will deteriorate. You can also steal items from enemies if you defeat them.

His “Preparedness” unique ability lets you detect one of the enemy’s weaknesses at the start of each battle. He also can unleash powerful magical attacks concentrating all of his magic on a single target.

Incidentally, we also see that there are moments in the story in which the characters’ stories cross and they act together. Osbald and Partitio have one such moments.

More new features showcased today is the ability to use canoes to freely explore water locations, also including dungeons.

Last, but not least, during the story, you’ll be able to obtain your personal ship. You can use it to travel between continents and sail freely across water bodies, also reaching locations not accessible to regular boats.

You can customize it by choosing the color of the hull and the emblems on the sails.

You can check out the original reveal and the first gameplay.