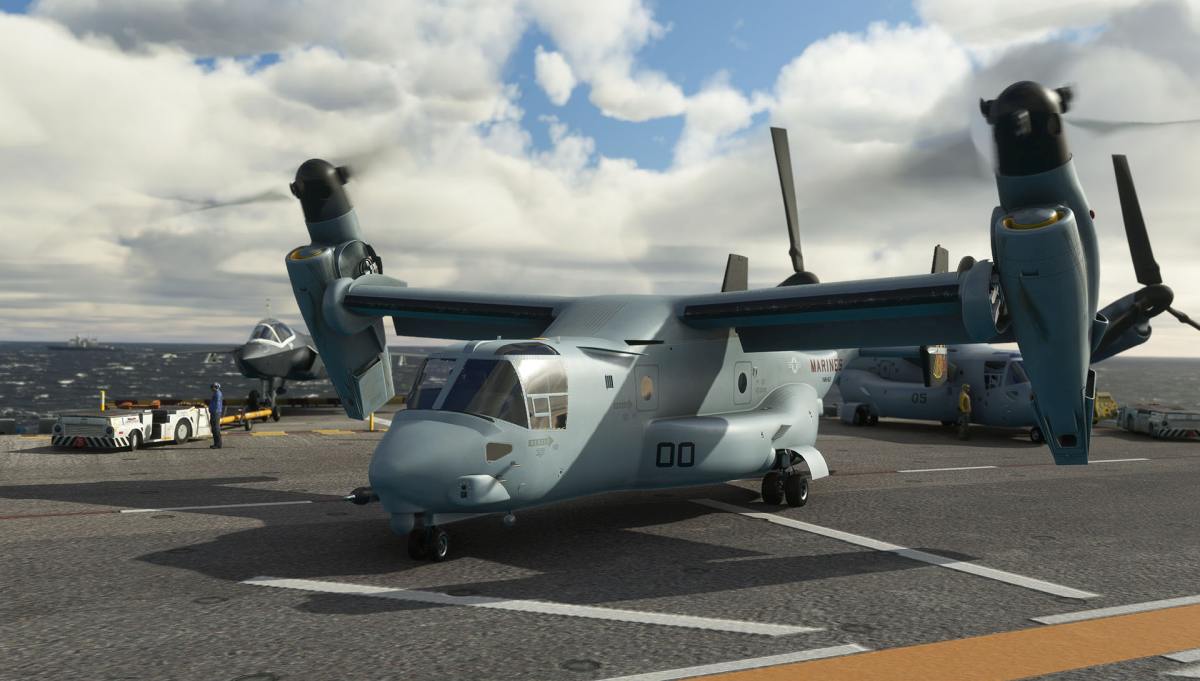 Miltech Simulations released a brand new aircraft for Microsoft Flight Simulator, and it’s a very iconic entry in the lineup of the sim.

The new add-on is the MV-22B Osprey military tilt-rotor aircraft, basically a hybrid between a plane and a helicopter.

It’s available on Orbx Direct for $32.64 and it comes with full tilt-rotor operation and the ability to show wings and rotors to park on an aircraft carrier’s deck.

Here’s what you get with the package, on top of 8 different liveries.

Below you can enjoy a trailer and a few screenshots.

Of course, they will work with other helicopters and even aircraft like the F-35 Lightning II.

In the meanwhile you can take a look at screenshots of the Amphibious Ready Group below.