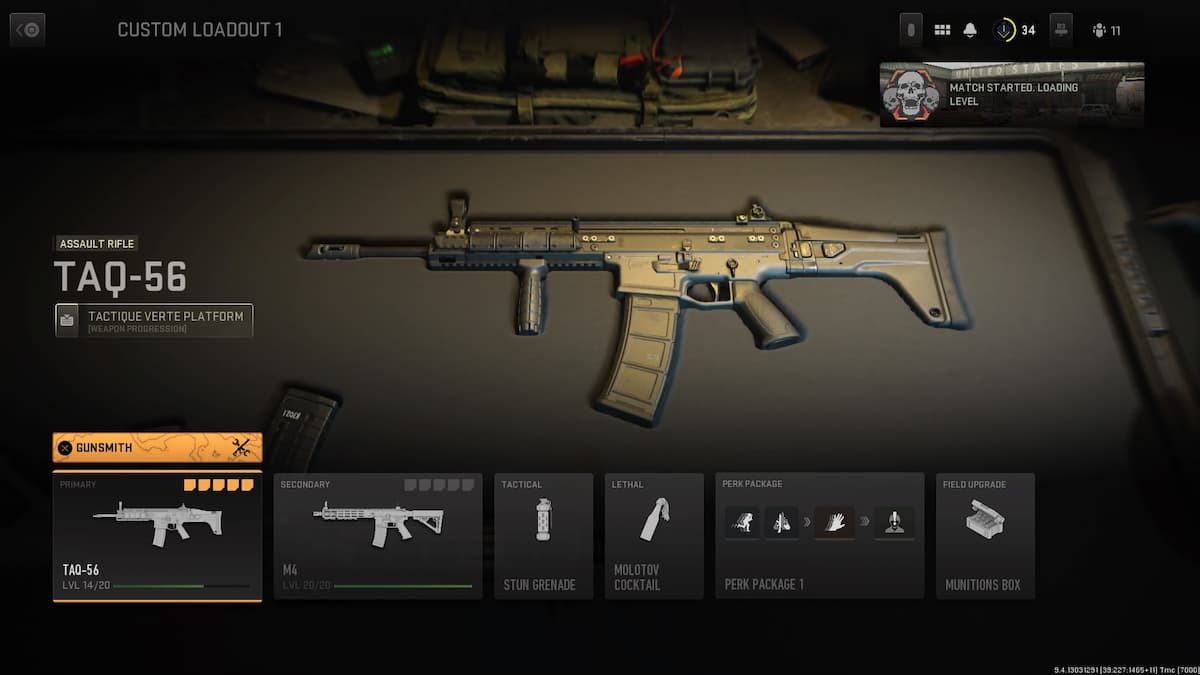 The weapon customization system in Modern Warfare 2 features a variety of Modifications that can improve a gun’s performance. With this in mind, choosing the most suitable items is essential because it can make the overall gameplay experience easier. In this guide, we’ll focus on one of the Assault Rifles to show you the best attachments for the TAQ-56 in Modern Warfare 2.

Once players reach Rank 19 in Modern Warfare 2, they’ll receive the TAQ-56, which has various Modifications in Weapon Progression. Here are the best attachments you can equip with this particular gun:

The TV LPX-434 improves TAQ-56’s aiming stability and increases the Accuracy level within the gun’s stats. In return, players can use this mechanic to pinpoint enemies and quickly take them down.

To reduce the weapon’s recoil, you can equip the FSS Combat Grip and the VX Pineapple in Modern Warfare 2’s Gunsmith. Additionally, this Underbarrel has many unique quirks, such as hip fire accuracy and hip recoil control.

How to Boost TAQ-56 Movement Speed

Players can also boost the TAQ-56’s movement speed with the 12″Tacshort Barrel, a Modification that they can obtain at Level 3 in Weapon Progression. Lastly, it’s always a good idea to utilize the 40 Round Mag attachment because it supplies you with more rounds, increasing your chances of survival.

Even though the TAQ-56 doesn’t have as much range as a Sniper Rifle or Marksman Rifle, it can reach targets at a distance. Of course, the gun undoubtedly excels in close-range battles, but at least you can still fall back on this feature in larger maps.

That’s everything you need to know about the best TAQ-56 attachments in Modern Warfare 2. For more content about the game, be sure to explore the relevant links below, including our guides about the Prestige System and how to unlock the FSS Hurricane.