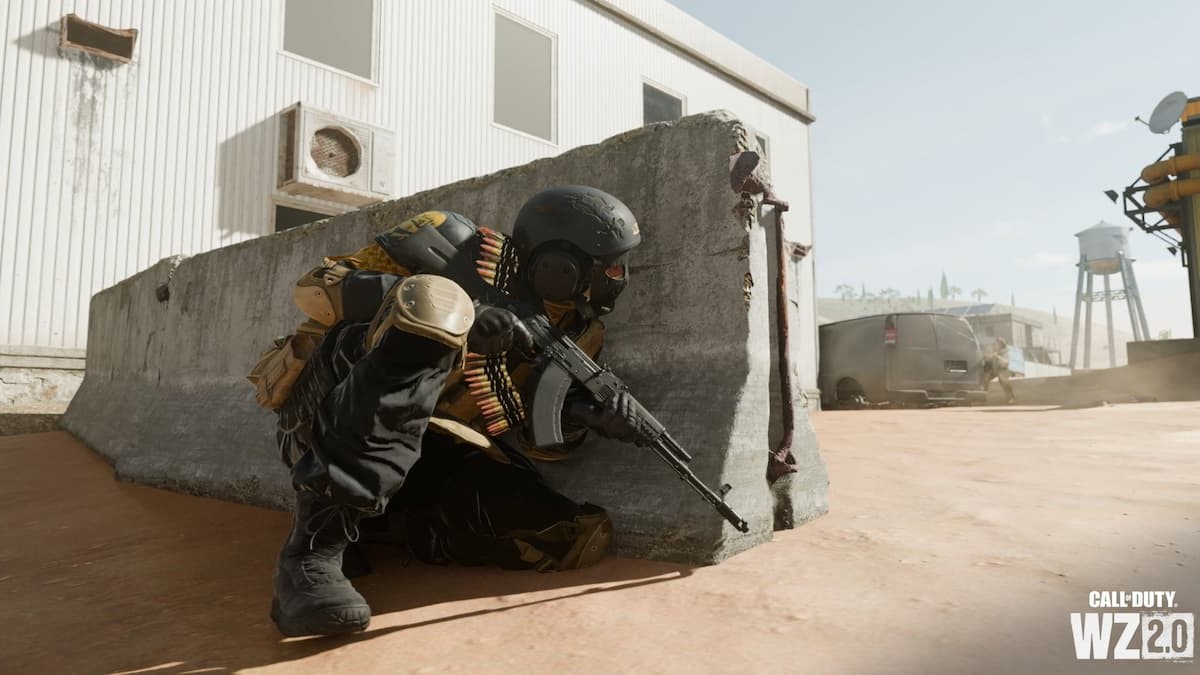 Throughout the years, Call of Duty: Warzone has become a staple of the franchise due to its free-to-play experience and unique features. So, now that the next era is making its debut, fans have wondered about the differences between Warzone and Warzone 2. In this guide, we’ll help you understand the latest changes in these games by comparing the two installments.

All Warzone Versus Warzone 2 Differences

The Call of Duty: Next event showcased several new modes, maps, and systems of Warzone 2. However, it may be challenging to understand the differences between this version and the original installment, especially if you are a newcomer to the game. With this in mind, we’ll compare the two games by discussing the changes in the franchise.

One of the first notable differences between Warzone and Warzone 2 is the latest map, Al Mazrah. This location will replace Caldera, which made its first debut in Season One of Call of Duty: Vanguard. Compared to Caldera, Al Mazrah is Warzone’s largest map with various areas, such as the Oasis, Al Mazrah City, and the Caves.

You can check out a size comparison of Al Mazrah, Caldera, and the fan-favorite Verdansk in this Reddit post here:

Besides the landmarks, Al Mazrah features the new swimming mechanic and aquatic combat in Call of Duty. Unfortunately, Caldera does not include this gameplay, despite being an island-based map.

The Shop in Warzone 2 has replaced the Buy Stations within the original installment. This upgraded system allows you to purchase equipment and weapons (custom weapons as well), but you won’t be able to obtain Loadouts Drops. If you aren’t familiar with this mechanic, Warzone’s Loadout Drops are similar to the Care Package perk, where a helicopter will drop off valuable items.

Players can acquire this feature in two ways: purchase it from the Buy Station or access the free version. With the second option, you can wait for two Loadout Drops during the match without buying it. But, as mentioned before, Warzone 2 does not include this mechanic, along with excluding the Perk system at the game’s launch. Custom weapons will also replace the Loadout mechanic in Warzone, such as your Primary, Secondary, Tactical, and Lethal equipment.

There have been rumors of the Loadout’s return to the next installment due to some fan backlash, so we’ll have to see what happens in future updates. Other than this feature, the Shop has a few similarities with Warzone’s Buy Station. For instance, you can still buy back a fallen teammate and purchase gear like Gas Masks, Killstreaks, and Armor. Nonetheless, players should be mindful of the limited inventory of the Shop, where some items will no longer be available after an exchange.

Now that players can swim in the Al Mazrah map, it’s no surprise that there are aquatic combat tactics in Warzone 2. You’ll be able to use this latest technique to your advantage by diving down for cover and taking down an enemy while underwater. Players can also utilize vehicles, like the Armored Patrol Boat and the Rigid Inflatable Boat, to explore these areas and locate the opposing team.

The Gulag system of the original Warzone features a battle royale match where players must win to return to the battlefield. However, Warzone 2 showcases a new team-based Gulag that requires you to have temporary alliances to defeat the opposing side. In addition, your group may run into an AI enemy, The Jailer, who has a key to escape the establishment.

The original Warzone primarily focuses on player-versus-player experiences, with the exception of events like Operation Monarch. On the contrary, Warzone 2 includes AI enemies who will defend certain areas of Al Mazrah. Moreover, these soldiers will not actively pursue players unless they shoot first (you can avoid them entirely.)

You can still expect combat battles with these enemies in Strongholds by conquering these locations to obtain valuable loot, such as a free customized Gunsmith weapon at the Shop.

Warzone’s modes of transportation are an essential aspect of the game because of the map’s substantial size. That said, Warzone 2 expands the gameplay of vehicles with upgraded combat tactics and the new gas feature. In this version, players can now shoot different parts of the enemy’s cars, including windows, tires, and doors. Additionally, vehicles will run out of gas, and you’ll need to look for Gas Stations/Gas Canisters to get back on the road.

Warzone 2 changes the safe zone aspects of the game by having multiple Circles (these instances produce waves of deadly gas) throughout the map, differing from the original installment’s larger range of a single Circle. For example, Warzone forces players to move to a particular location on the map, while the second version splits the team into different sections.

Here is what the Circle Collapse looks like in Warzone:

Then, you can compare this image to Warzone 2’s Circles:

By comparing these two images, you can undoubtedly see the differences between Warzone and Warzone 2’s Circle Collapse because of their sizes and range.

Besides the fan-favorite Battle Royale mode of Warzone, the second installment showcases a new extraction mode known as “DMZ”. Although there aren’t many details about this launch, fans can expect to battle against AI enemies and other players in all-new challenges.

Warzone’s RICOCHET Anti Cheat has received an upgrade in Warzone 2 and Modern Warfare 2 to improve the mechanics of the previous network. After a year of combining updates, Team RICOCHET has developed a new program that monitors and detects cheaters, resulting in their removal from the game. Therefore, players will have more of a fair gameplay experience in the online multiplayer of Warzone 2 and MW2.

That does it for our guide about all Warzone and Warzone 2 differences. For more Call of Duty content, you can explore the relevant links below, including our guide about Modern Warfare 2’s Vault Edition.