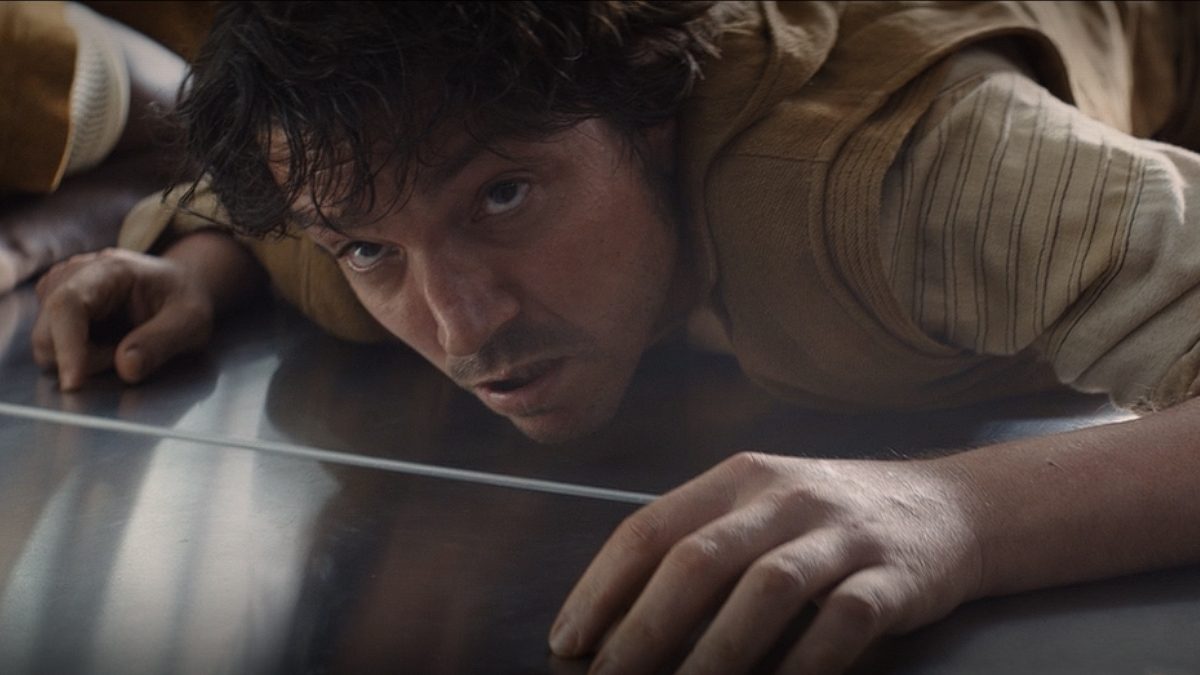 It has become a tradition in the Disney Era of Star Wars to look for easter eggs in each series released on Disney+; the series Andor is no different. Throughout the season, they have hidden a few obvious eggs like Clone War era Gunships and kyber crystals, but in Episode 8, the creative team named a material called tunqstoid steel, which is not as well known. Fear not, for we have the answer to what tunqstoid steel is in Andor.

Why Does Tunqstoid Steel Shock the Prisoners in Andor?

Tunqstoid steel is an astonishingly heavy metal used to construct blast doors. It is so heavy that a door utilizing the metal requires mag-levs (used to lift hovertrains) instead of tracks. Andor has added another property to the metal, that of being extremely conductive, so anyone touching it is instantly and painfully electrocuted.

In Episode 8, we see Andor as an inmate brought to a prison on the planet Narkina 5. Before arriving, the guard on the shuttle tells all the inmates to remove their shoes. Once in the facility, we see their bare feet on a polished, shiny metal floor. The guards arrive wearing thick boots and, with a press of a button, shock all the prisoners; the head guard glibly informs them, “our floors are tunqstoid steel.” But where does it originate?

The origin of tunqstoid is a very deep cut from Star Wars lore that derives from Legends canon, a place outside of the new canon where Disney placed everything except the movies and the animated Clone Wars and Rebels shows.

The substance’s first and only mention was in the 2009 book “Fate of the Jedi: Abyss” by Troy Denning, a story following the now Legends canon post-Return of the Jedi timeline. In this continuity, Han and Leia have twins called Jacen and Jaina, and the Ben of this canon is Ben Skywalker, son of Luke Skywalker and his wife Mara Jade, as opposed to Disney’s Ben Solo, aka Kylo Ren.

While many fans were disappointed when Disney chose to make all of the expanded universe material no longer canon, they are not shying away from bringing elements of it back into the new canon like this barely known substance allowing us to answer the question of what is tunqstoid steel. Check out our other Star Wars related content, such as who the mysterious Inquisitor is in Tales of the Jedi, is Saw Gerrera in Andor, and who Wullf Yularen is in Andor.