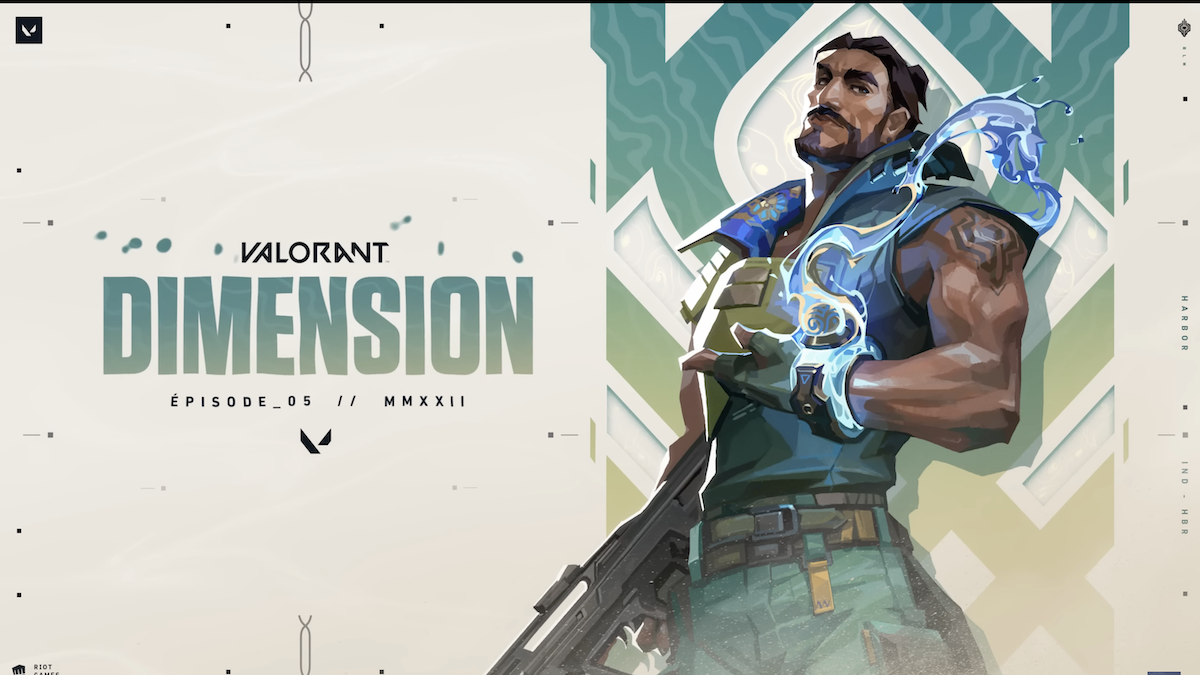 Riot Games’ tactical FPS shooter, Valorant, is set to launch its next wave of content later today. Headlined by the newest Controller from India, Harbor, the latest trailer will get fans hyped and up to speed with everything coming in Episode 5: Act III.

Voiced over by Harbor himself, the trailer isn’t short on the cosmetics fans will get access to in the new battle pass. We get brief looks at various skins from the previously mentioned pass with flashes of the Rune Stone Bulldog, Iridian Thorn Bucky, and Starlite Odyssey Guardian.

The big headline is, of course, the Ion 2.0 bundle that will launch alongside the new season, and the trailer does provide brief snippets of the various color schemes the reworked bundle will bring while emptying your wallet.

Outside of cosmetics, the major headline is, of course, Harbor. Riot Games held a big reveal for Harbor last week with plenty of content creators and professional players testing his abilities, and the trailer makes sure to remind fans of what he’s capable of when he rides the waves into lobbies worldwide later today.

Valorant Episode 5: Act III, Dimension, launches later today or tomorrow, depending on your region. Check out our full breakdown on Harbor before picking him up and familiarize yourself with all the battle pass rewards in the newest act.