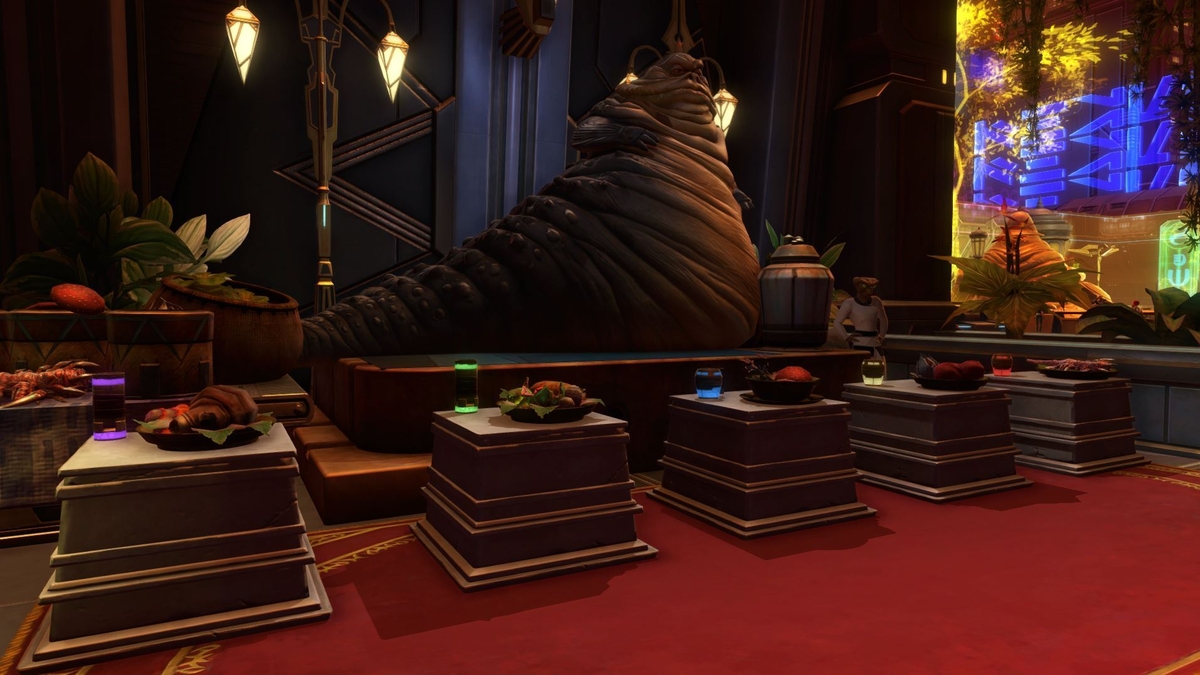 SWTOR’s 7.1.1 update is bringing back the fan-favorite Feast of Prosperity event with new awards, a new Galactic Season 3, and quality-of-life updates.

The patch notes for SWTOR’s latest update are substantial but the key takeaway is the newest iteration of the Feast of Prosperity event which is offering players new rewards. A Feast Holotoy is up for grabs as well as Duuba and Gaboorga transport skiffs and the Gourmand’s favorite weapon set. The event will begin on Nov. 1 at 12 PM UTC and last until Nov.29 at 12 PM UTC.

A new Galactic Season 3 ‘Luck of the Draw’ is also starting with the latest update and will introduce players to a new droid, PH4-LNX. This new companion will assist players through the newest reputation track and help them to earn new rewards.

SWTOR players will also see a large number of quality-of-life fixes and improvements with the release of update 7.1.1. The slots in Outfitter have doubled from 16 to 32 and now give players the option to name and favorite their outfits. The newest update also sees the SWTOR team continue to implement their balance plan with adjustments to the Marauder, Snipers, Juggernauts, and Mercenary classes. On top of this, two new tactical items are now available to buy from vendors at the supply sections of each fleet.

Alongside these improvements is the addition of invasion areas and conquest objectives in the Manaan Daily Area and a new Collector’s Edition Vendor’s Access item, which has been added to the Cartel Market. There’s even more new content for SWTOR on the horizon, with Bioware taking to community forums to promise a revamp on the game’s PvP system with the eventual 7.2 update along with a new stronghold which the team hopes to add with Galactic Season Four next year.

Even more exciting is the promise of an entirely new planet to the Star Wars canon, which will pick up from where the Digging Deeper story expansion left off in update 7.1 earlier this year. If you’d like to check out the full details from the most current update, you can do so via the official website.