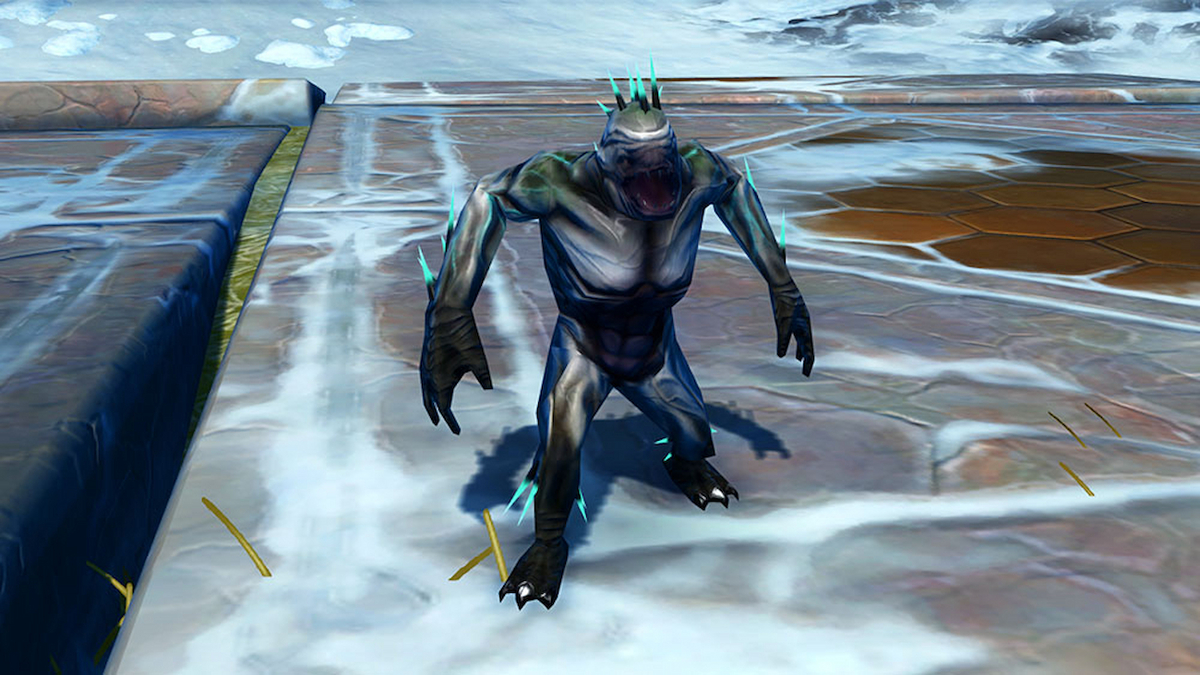 If you’re still playing SWTOR and want an adorable pet, then we’ve got an important and timely reminder for you. This week only, you’ll be able to take on the hidden Midnight Rakghoul boss in the game’s Koon Under Seige flashpoint this week to earn a Midnight Rakling pet.

How to Get the Midnight Rakling Pet

According to SWTOR expert TodayinTOR, the Midnight Rackghoul can be found in both Veteran and Master modes of the flashpoint and is classed as a hidden boss due to only appearing during Rakghoul Event weeks.

SWTOR’s current Rakghoul Event takes players back to Tatooine to help the T.H.O.R.N. organization deal with a Rakghoul resurgence and offers new armor sets, weapons, and contacts. The Rakghoul Resurgence event will conclude on Aug. 30, 2022, meaning that there’s still some time for players to tangle with the Midnight Rakghoul.

The Midnight Rakghoul can be found just before entering the final Spaceport map of the flashpoint. Players should then make their way to the South-West of the Transit District map and head to the Spaceport as usual but take a right when heading up the stairs. Continuing West will lead to a higher platform where the Midnight Rakghoul can be found rampaging around a security fence.

Be sure to check out the rest of our SWTOR coverage, including our guides to SWTOR in 2022 and whether the game is canon.