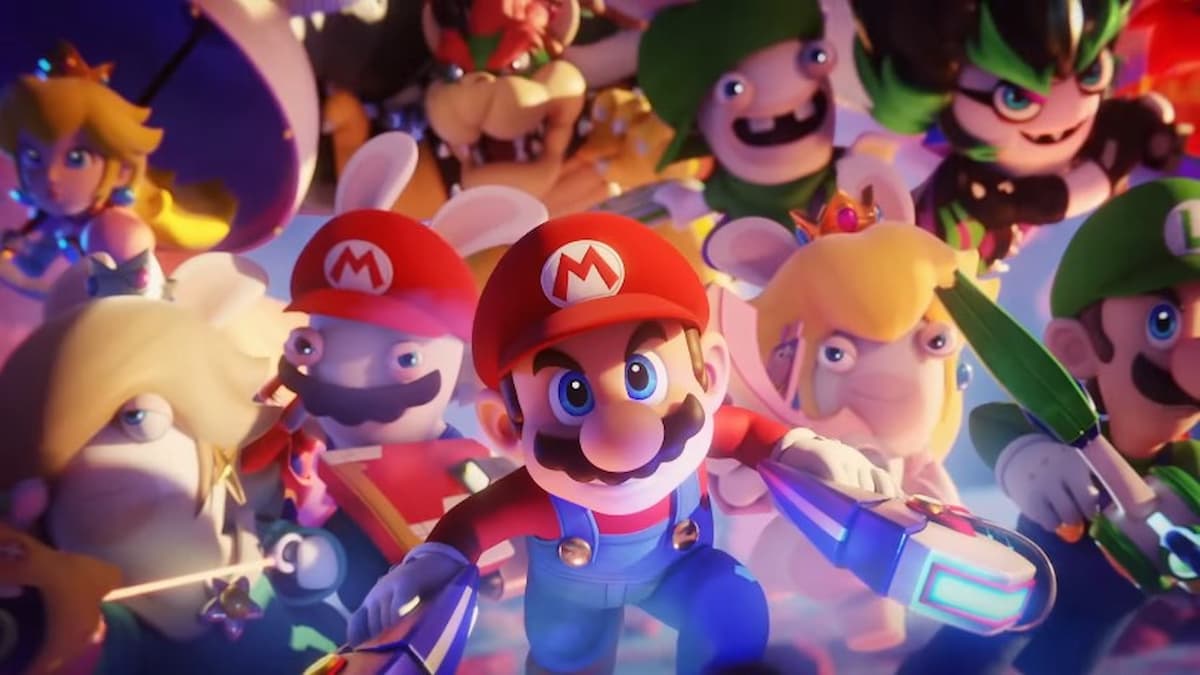 Earlier today on the Ubisoft YouTube channel, the Mario + Rabbids Sparks of Hope cinematic launch trailer was released. While the title of the trailer implies that it would only show off pre-rendered video, there are a few seconds of gameplay for a handful of different Nintendo characters and a few of the Rabbids.

The trailer begins with Mario, Luigi, Rabbid Peach, Rabbid Mario, and Rabbid Luma flying through space when the team encounters a giant purple enemy with no face and multiple tentacles. The mysterious enemy then extends a disembodied hand and summons hordes of enemies on the planet below where Mario and his team land.

As Mario steps onto the planet, the trailer also shows characters like Peach and Bowser coming off the ship to take on the Rabbid Shy Guys and other well-known Mario enemies like Magikoopas, Goombas, and Bob-ombs.

Near the end of the trailer, Rabbid Luma flies up into the clouds and causes meteors to rain down on the enemies surrounding the party. The cinematic portion of the trailer then ends with Mario and his team charging toward the giant purple enemy from the beginning of the trailer. The rest of the video sprinkles in clips of cutscenes and gameplay.

Mario + Rabbids Sparks of Hope launches exclusively for the Nintendo Switch on Oct. 20.