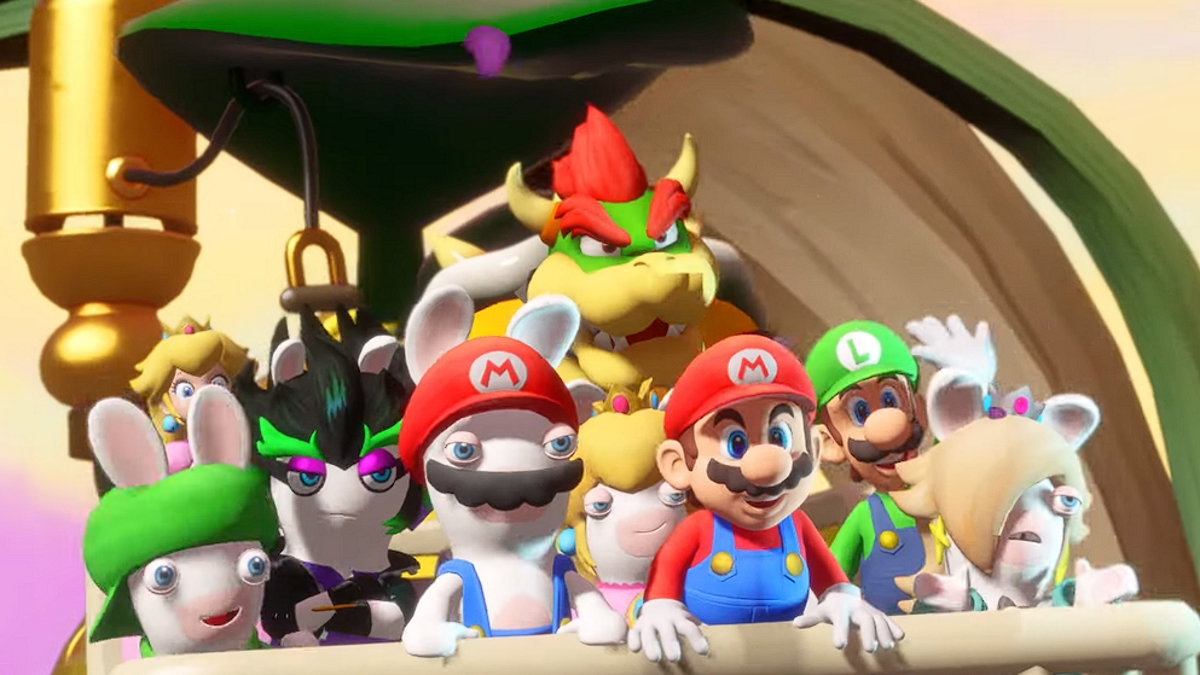 Today during the Ubisoft Forward livestream presentation, a new trailer was shown for Mario + Rabbids: Sparks of Hope, the upcoming turn-based strategy game for the Nintendo Switch, that featured seven minutes of extended gameplay footage as well as a tease for some of the game’s post-launch DLC.

To save the planet from the drought, Mario and his friends will use Sullivan the Rabbid as a guide to take a train to the top of Mt. Spout volcano.

The gameplay trailer then moved on to show a boss battle against a giant Wiggler that takes place while riding on the train. We get a look at how you can use Mario, Bowser, and Rabbid Rosalina to take down various enemies on the train using various sparks.

There will be dozens of sparks we can pair with the heroes for elemental damage, such as electrogedden and ethering among many others. There will be plenty of tactical possibilities in these types of battles.

The trailer shows how players will be able to interact with the environment in many ways to visit interesting places and discover all sorts of secrets.

Players who preorder the game will receive the Megabug Collection, which includes special weapons to use.

Finally, Soliani revealed one last bit of news. Mario + Rabbids: Sparks of Hope will feature three DLC season passes after the game launches. The third DLC season pass will feature a very special Ubisoft character…Rayman. We don’t know much beyond that small tease, but it’s enough to make us excited!

Soliani shared that the team is currently polishing up the game to have it ready for its release next month on October 20.

You can watch the full extended gameplay trailer below as well as the teaser trailer for the Rayman DLC season pass.