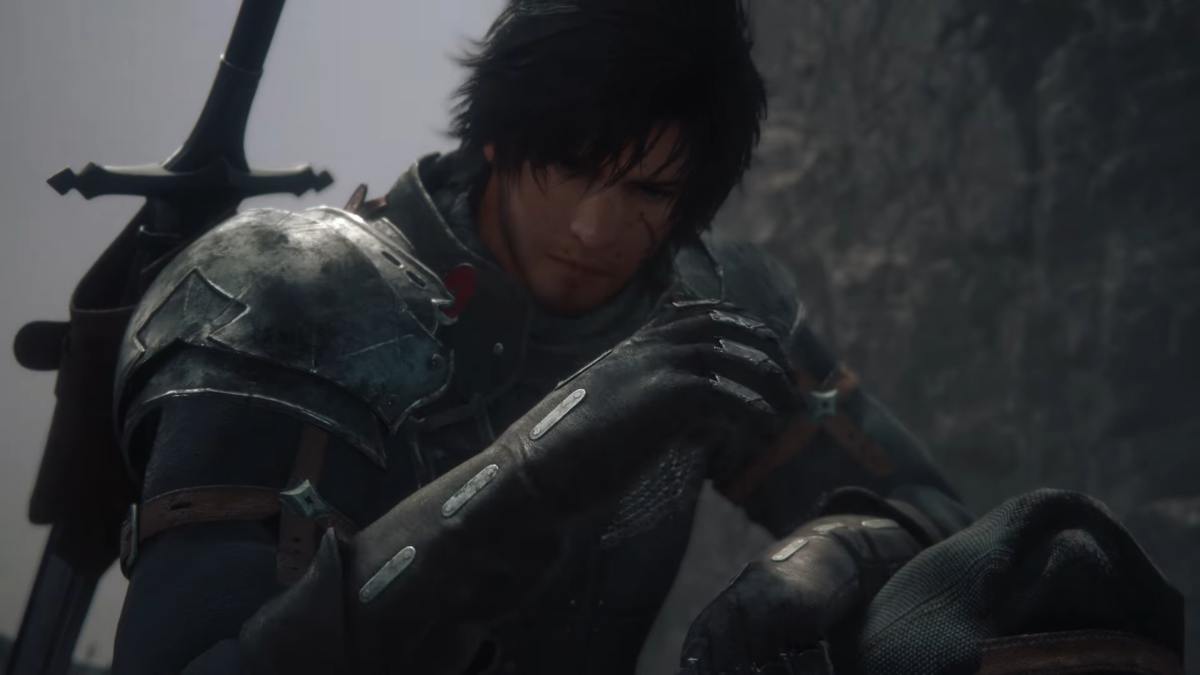 The trailer focuses on characters and story cutscenes, but it also shows glimpses of gameplay.

We get to see the heroes and antagonists we’ll meet in the realm of Valisthea and the “dominants,” men and women blessed with the ability to summon a “dread power, which is unlike anything ever seen in the series.”

We also get the introduction of two new characters, starting with Dion Lesage.

“Crown prince of the Holy Empire of Sanbreque and leader of its noblest and most feared order of knights—the dragoons. Dion is loved and respected by both his people and his troops, not least for the many times he has turned the tide of battle in their favor. Indeed, songs of the heroism of the warrior prince and his Eikon Bahamut, King of Dragons, are never far from the lips and lutes of Sanbrequois bards. But all is not well in the empire, and the gathering shadows may yet be enough to quell Bahamut’s light…”

“Arriving on the shores of Ash as a landless and titleless wanderer, it was Barnabas’s skill with a blade that won him a kingdom. And though the local beastmen were to rise in revolt against his rule, Barnabas called on the power of his Eikon, Odin, to quell their rebellions nigh single-handedly, bringing the entirety of the eastern continent under the Waloeder banner. Now he has an army and navy that rival any in Valisthea at his disposal, yet still the king is drawn to where the fighting is thickest—riding into battle atop his spectral steed and sundering foes with his fabled black blade, or merely observing the unfolding chaos from the sidelines, a grisly gleam of fascination ever in his eyes.”

You can check out the trailer below, both in English and Japanese, depending on your preference in voice-overs, alongside the artwork for the two new characters.

“I’m happy to announce that our newest trailer—Ambition—is now live. Rather than focusing on action as we did in our last reveal, this time we wanted to give the world a more in-depth look at FINAL FANTASY XVI’s lore and its rich cast of characters—with the Dominants front and centre.”

Director Hiroki Sakai also commented, mentioning that the game is getting closer to completion and the team is working on debugging and final adjustments.

“As the game edges closer to completion, the team has turned its full attention to debugging and final adjustments. Now that things are starting to come together, the game is sizing up to be something truly special.”

If you want to learn more, you can read the more comments from Yoshida-san and Takai-san and check out the previous reveal and another trailer.