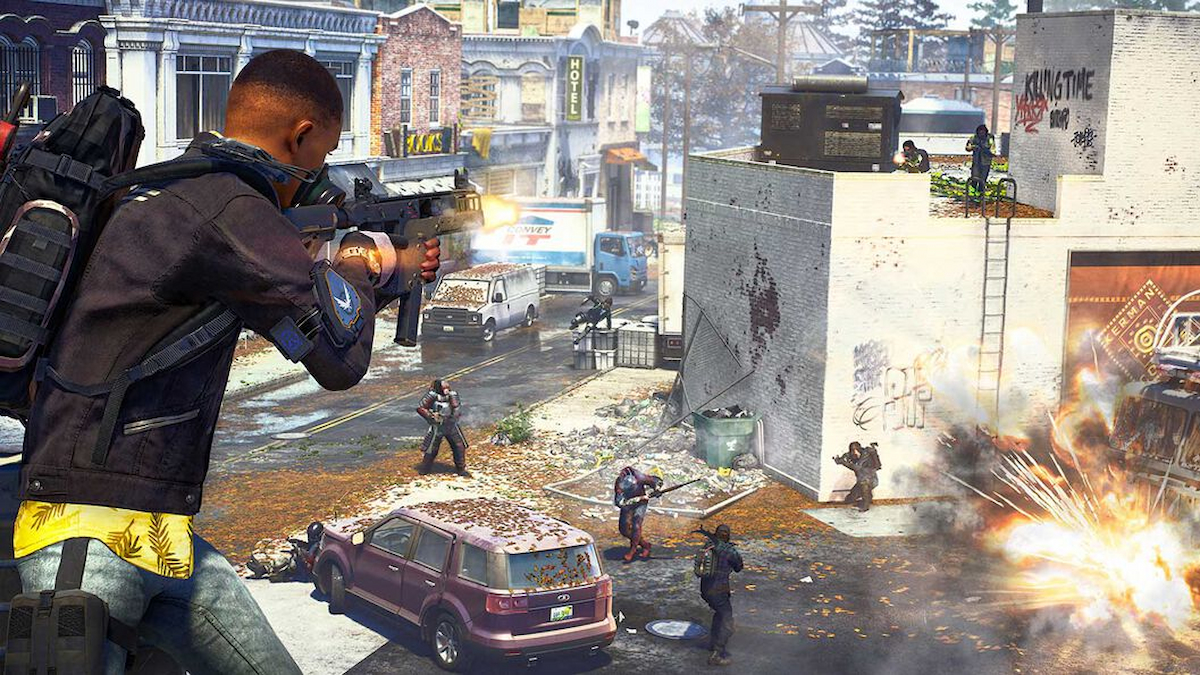 While the title is misspelled, the surprise Ubisoft Store page for The Division Heartland is still live and gives nice new details for the upcoming battle royale. Though, said store page is only live in the EU version of the store and it is unclear why it is still up.

While we already knew The Division Heartland would be free-to-play, we now also know player count in the main battle royale mode.

The first up is Storm Operations, and this is what we know:

Fight together in 45-player PvEvP Storm Operations against a group of dangerous Rogue agents, an aggressive faction known as the Vultures, all while surviving a lethal virus.

Storm Operations sounds like a whole game mode built around the foundations of the Dark Zones found in Division 1 and 2.

Surprisingly, there will also be a strictly PvE mode to Heartland.

This sounds something like free-roam in the main Division games, but it doesn’t seem like any gear gained will be carried over to Storm Operations.

Heartland will still be class-based. The brief bit of information given on that reads:

Play as one of six agents and select between three classes each match, all with their own perks and skills.

The store page lacks any sort of release date info but considering the Ubisoft Forward live stream that is happening on Sept. 10, more details might not be too far away. While that’s all we have to share at the moment, we will bring you more information on The Division Heartland as we know it.

As for other known titles, The Division Resurgence is an upcoming mobile game that will expand the series’ universe.