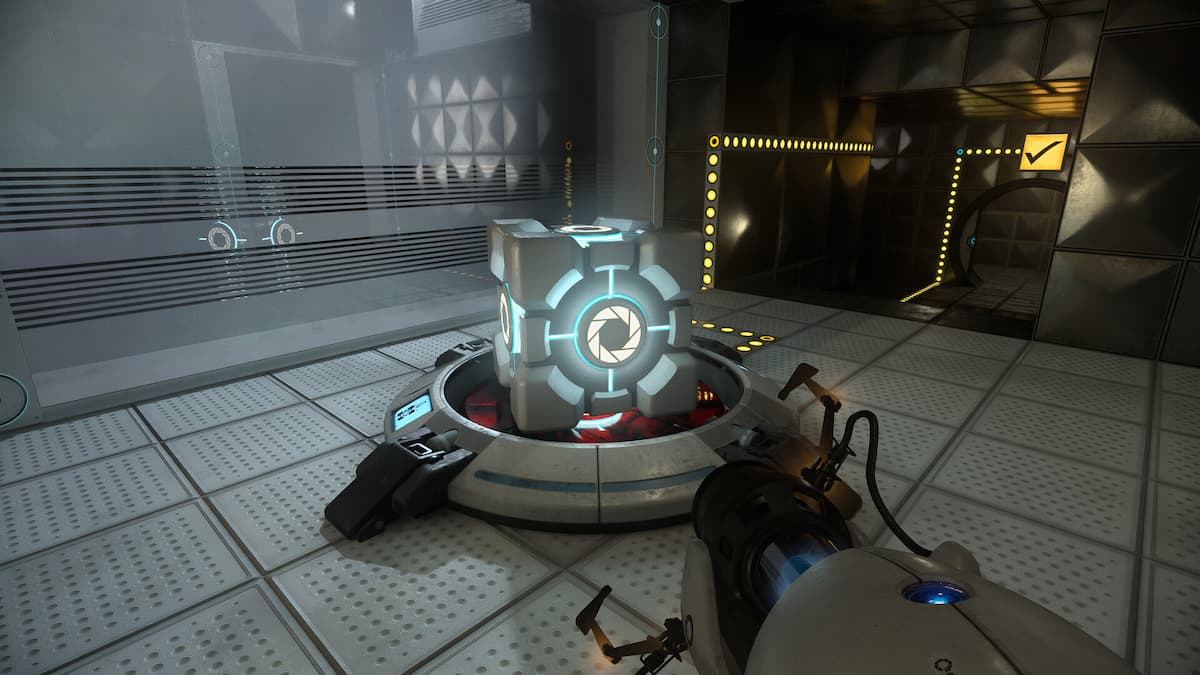 Nvidia just concluded its GTC 2022 live stream, where the tech giant showcased the future of GeForce RTX video cards, the RTX 40XX series. Alongside the announcement of the cards and insane pricing, Nvidia showed off a bevy of new features like DLSS 3, a feature that renders entire frames relying on AI-powered neural network technology.

Nvidia concluded the showcase with a showing of titles that would see significant boosts in performances, such as Cyberpunk 2077 and A Plague Tale: Requiem. Lo and behold, among the sea of heavy-hitting names, a critically acclaimed puzzle game by the name of Portal would be getting the love it deserves.

Portal is set in the Half-Life universe, with players assuming the role of Chell, who awakens in a facility that is controlled by a rogue AI known as GLaDOS. Using the “Aperture Science Handheld Portal Device” aka the “Portal Gun,” Chell must complete a variety of tests that scale in complexity in this first-person puzzle shooter.

It’s been ten years since Portal has been dormant unless you count the Switch port, and Valve is looking to capitalize on the newest line of video cards. Portal with RTX will fully embrace the power of the 40XX series through the power of “NVIDIA RTX Remix.” Classic games will benefit from RTX Remix as they will be able to receive the boosts provided by the new video cards resulting in beautifully recreated worlds that benefit from raytracing and the previously mentioned DLSS 3 technology.

Portal with RTX is heading to PC in November 2022, will be free for existing owners of Portal, and is up for wishlist on Steam now. Be sure to check out our full recap of GTC 2022 as well as a list of fully supported games.

Portal PC Version Gets a Significant RTX Upgrade This November