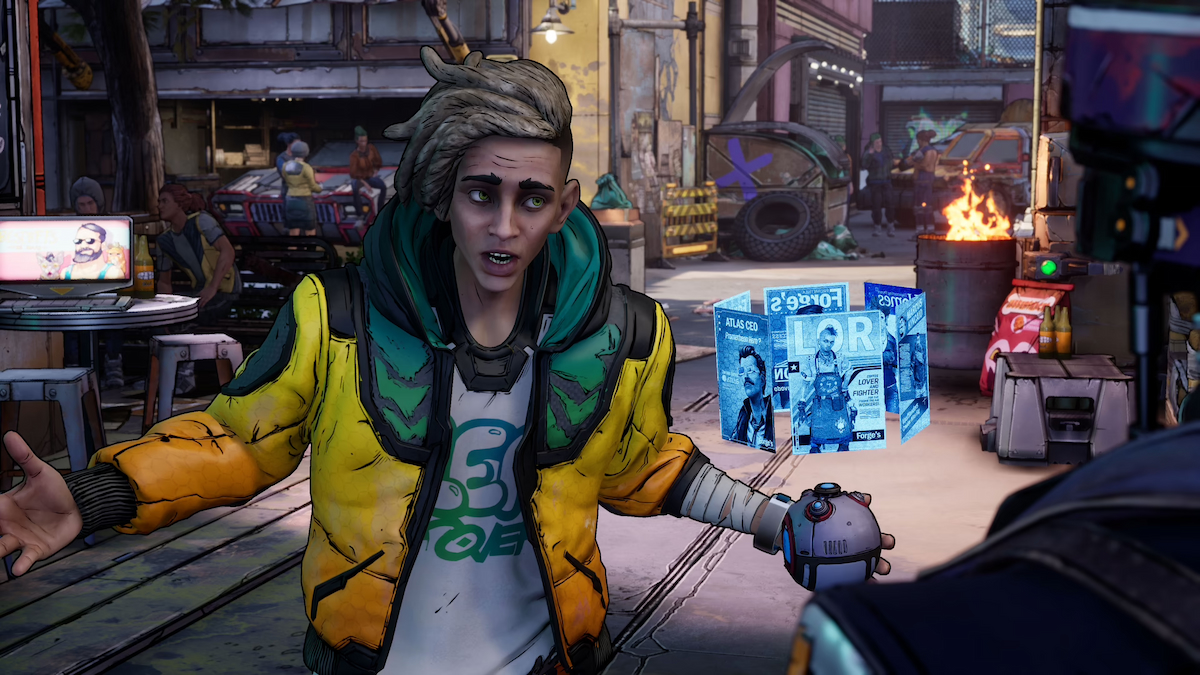 This trailer covers the game’s brand-new characters and some more detail was given on stage. The New Tales from the Borderlands takes place just about a year after the events of Borderlands 3. The story takes place on the planet Promethea, a prominent Borderlands 3 location.

Tediore journeys to Prometheus believing the planet is hiding a vault, the alien remnants full of riches (and usually legendary weapons).

You can find the awesome new trailer below.

One of the new main characters is Fran, a diner owner with a bone to pick with Tediore over the destruction of her diner. There’s also Octavio who wants to be somebody important but is a nobody at the start of the game. Anu is Octavio’s sister and a scientist who wants to craft inventions that will help people.

That’s not even all, even some gameplay was shown live on stage that shows off some story as well as the New Tales from the Borderlands humor. There’s a decent chunk shown off, from dialogue choices to a bit where two action figures do battle. No, that last part isn’t a joke. Seeing as the gameplay was instantly uploaded after the panel, you can find it below.

New Tales from the Borderlands will be out on Oct. 21 for PS5, PS4, Xbox One, Xbox Series X|S, Nintendo Switch, and PC.