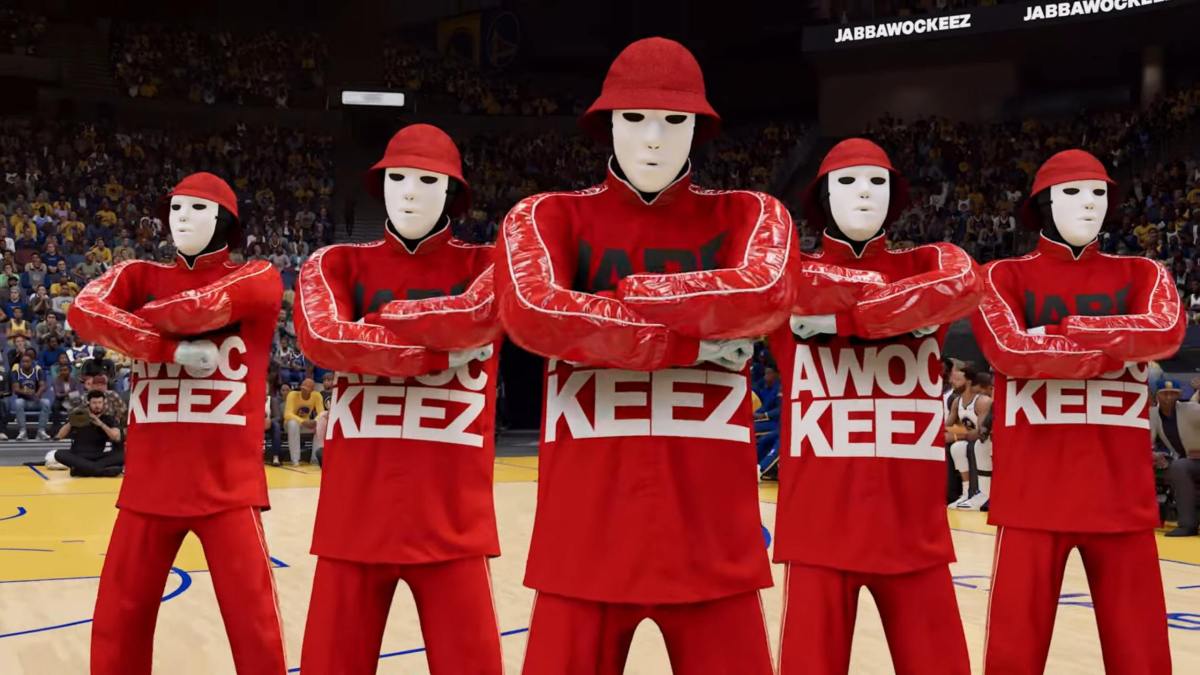 The trailer showcases the appearance of hip-hop dance crew Jabbawockeez, which has a history of appearing during the half-time show of NBA finals, on top of other sports.

You can check it out below and compare it with the group’s appearance during the half-time show of the 2022 NBA finals.

It’s worth mentioning that the small print mentions that Jabbawockeez will appear only on new-gen platforms.

“Rise to the occasion and realize your full potential in NBA 2K23. Prove yourself against the best players in the world and showcase your talent in MyCAREER. Pair today’s All-Stars with timeless legends in MyTEAM. Build a dynasty of your own in MyGM or take the NBA in a new direction with MyLEAGUE. Take on NBA or WNBA teams in PLAY NOW and experience true-to-life gameplay. How will you Answer the Call?

TAKE MORE CONTROL
Feel refined gameplay in the palm of your hands on both sides of the ball in NBA 2K23. Attack the basket with a new arsenal of offensive skill-based moves, while you unleash your potential as a lockdown defender with new 1-on-1 mechanics to stifle opposing players at every turn.

AN EPIC VOYAGE AWAITS
Embark on a swashbuckling basketball journey aboard a spacious cruiseliner equipped with pristine courts, scenic views, and a boatload of rewards for you and your MyPLAYER to enjoy. Plus, there’s even more to explore during shore excursions.

JORDAN CHALLENGE RETURNS
Step back in time with era-specific visuals that captured Michael Jordan’s ascent from collegiate sensation to global icon with immersive Jordan Challenges chronicling his career-defining dominance. Lace up his shoes to recreate his otherworldly stat lines and iconic last shots, while listening to first-hand accounts from those who witnessed his maturation from budding star to basketball legend.

BUILD YOUR SQUAD
Ball without limits as you collect and assemble a bevy of legendary talent from any era in MyTEAM. Dominate the hardwood each Season, and bring your vision to life with a broad set of customization tools to create the perfect look for your perfect starting five.”