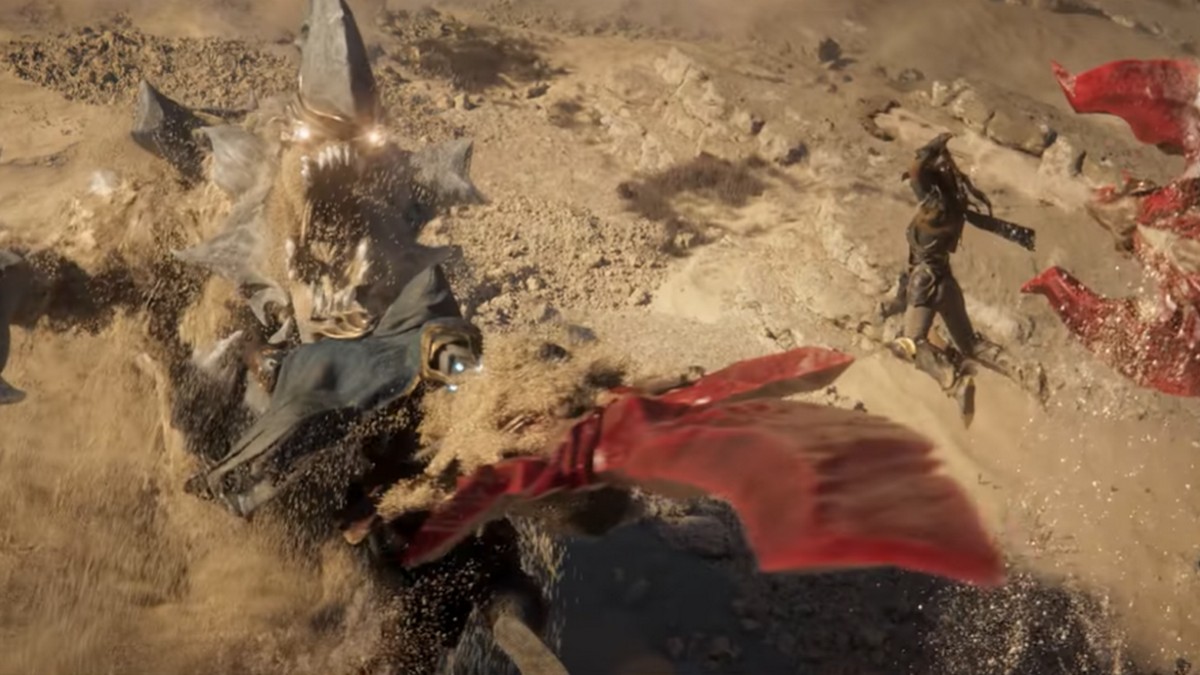 The Gamescom 2022 news continues to flow, with Focus Entertainment and Deck13 Interactive coming together to reveal their latest project, the new fantasy action RPG known as Atlas Fallen.

Unveiled during Gamescom Opening Night Live 2022, Atlas Fallen will take players to a semi-open world full of ancient mysteries and threats, as hulking threats stand in the way of your quest to learn more, and eventually, bring down the gods.

The trailer showed off plenty of combat, where players can utilize powerful, shape-shifting weapons and sand-powered abilities to aid their fight. When you are talking about fighting gods as well as the native wildlife that seems hellbent on ending your existence, the more tools you have in your arsenal, the better.

Navigating the world will be an interesting experience, where players can glide through the sands to move at high speed to cover more ground. By exploring more of this world, there will surely be more secrets to be uncovered as players progress along. As shared by Focus Entertainment and Deck13 Interactive, Atlas Fallen will also allow players to enjoy the adventure in full co-op or do everything solo.

Atlas Fallen will be coming to PlayStation 5, Xbox Series X|S and PC in 2023. Interested players can wishlist the game ahead of release, or register for a Focus Entertainment account for more exclusive news and benefits.