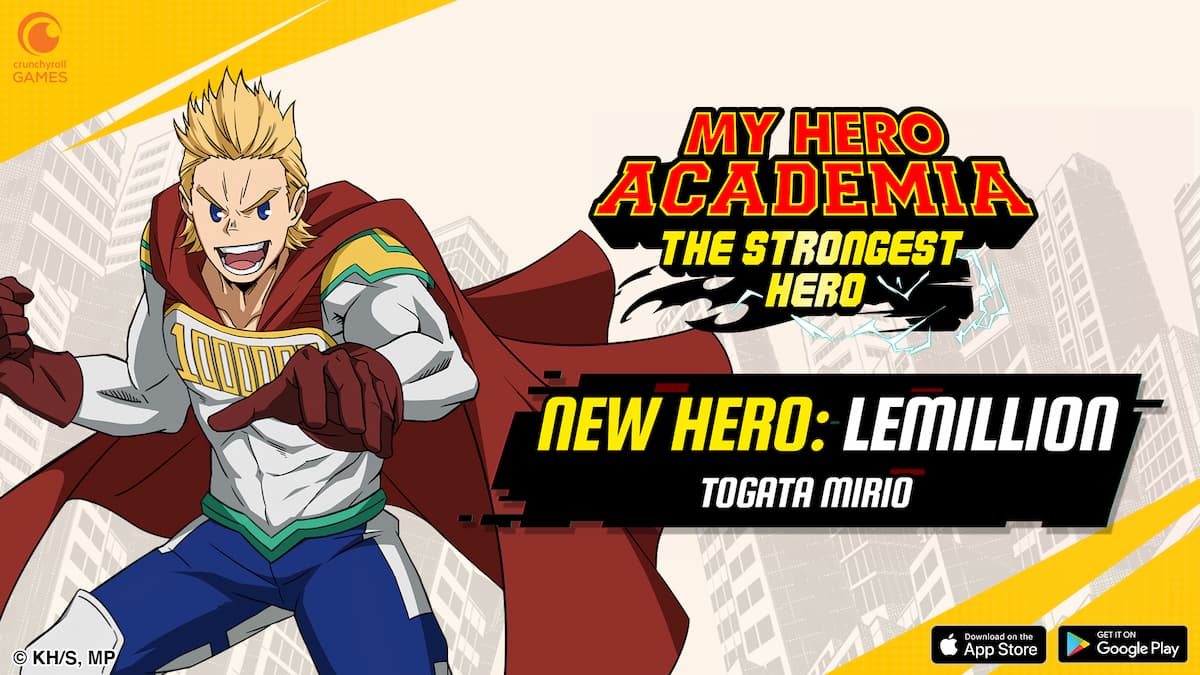 Today, it was revealed that the popular mobile RPG, My Hero Academia: The Strongest Hero, will feature the intangible Lemillion, also known as Mirio Togata, for two weeks, starting today.

Players can find the beloved character on the game’s Limited-Time Recruit, where they can obtain Lemillion’s custom EX Support cards during this exclusive event.

While you play My Hero Academia: The Strongest Hero, you’ll be able to utilize his Quirk of Permeation to dodge attacks and quickly damage nearby foes with his rapid punch and heavy kicks that can go in any direction.

If you want to switch things up, you can change Lemillion’s battle stance to initiate a different playstyle and charge up his abilities to unleash powerful strikes on the enemy.

Since My Hero Academia: The Strongest Hero launched in 2021, the game has been downloaded more than 13 million times and has provided a new experience for the fans of the hit anime. This Crunchyroll Games installment brings you to the action-packed universe of My Hero Academia, including playable characters like Izuku Midoriya, Katsuki Bakugo, the legendary All Might, and various heroes within the anime/manga.

Now that Lemillion will be joining them for a limited time, you can battle it out with his unique Quirk and fast-paced attacks until the end of August by downloading it on the game’s official website. Alternatively, you can also find My Hero Academia: The Strongest Hero on the Google Play Store and App Store.