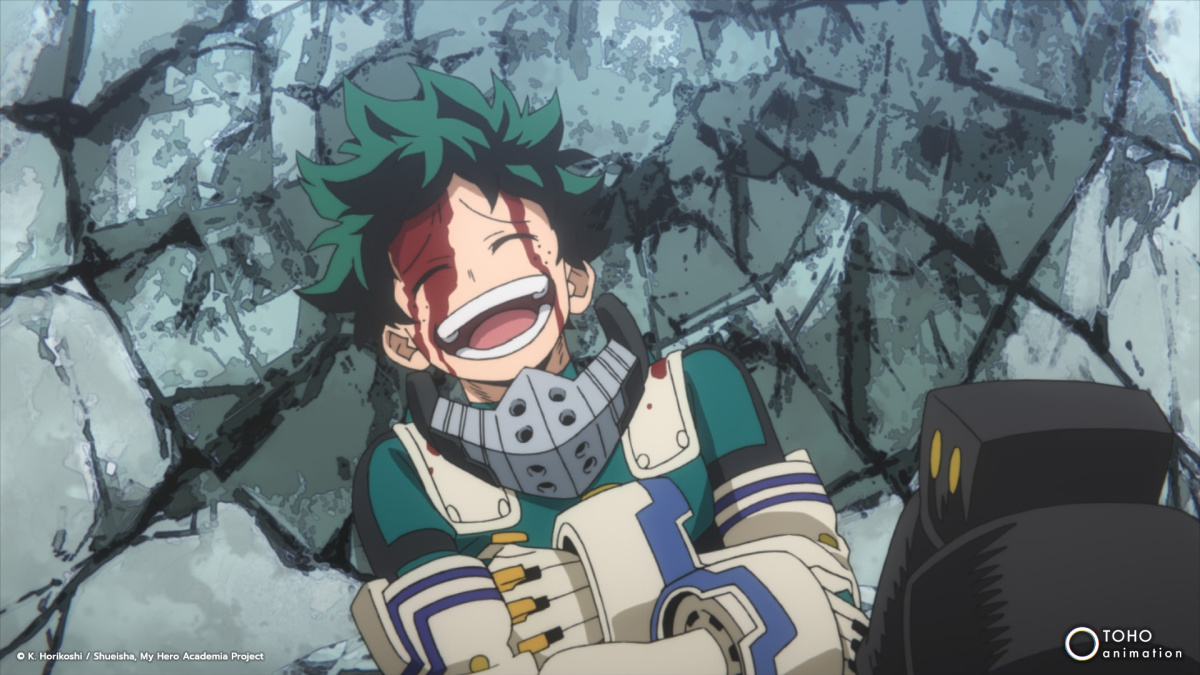 As I rolled the credits on the My Hero Academia Season 5 OVAs, I felt something the anime hasn’t left me with in a while: Relief.

To be sure, the anime has been intentionally fraught with high-stakes confrontations and escalating conflicts between the heroes and villains. Shigaraki is gaining ground in his goal to tear the hero-centric world down, and Midoriya is racing against time to get his many One for All powers in check before their eventual confrontation. It’s all set to come to a head in the sixth season, where the Heroes and Villains are prepared to collide in a decisive clash of good vs. evil.

It’s a great setup and is sure to provide some payoff to the last few seasons’ laying of groundwork for the wider story. However, it’s hard not to feel like certain elements have fallen to the wayside as a result. Chief among them is the fact that while a superhero-filled society can have some intriguing problems to address, there’s also plenty of room for fun and hijinks.

This is where the latest OVAs come in. Neither covers canon material from the series and instead gives fans a chance to see elements of the world that haven’t been fully explored yet. One sees superheroes duking it out in an HLB baseball match where powers are used to full effect. The other sees heroes unable to overcome an accidental criminal’s quirk through fighting, instead sending them off to explore other means of resolving a villain’s troublemaking.

And honestly, they’re a blast to watch. For every cheesy bit that goes on a bit too long, there’s quality animation and a decent character arc that plays out. The tropes which have been done to death in the show are used sparingly, and characters that have been pushed from the spotlight get an opportunity to return for a fun scene or two.

Granted, this likely sounds less than appealing to those who’ve watched other big Shonen anime. They’re exactly the kind of episodes that would have padded out other series as filler and kept viewers from seeing the big developments from the source material for weeks or months on end.

Normally, I’d be with this camp that wants the series to get to the point and focus on what matters. And yet, these OVAs put me in a different mindset: Maybe filler doesn’t need to be dreaded.

Having a break from the constant buildup of stakes and foreshadowing of conflicts is more than welcome in a story. It gives the viewer time to breathe and to take in everything that the wider plot is trying to convey; or, it can serve as a quick distraction, lessening the drain caused by constantly pushing forward into a darker and darker plot.

This is exactly what the My Hero Academia OVAs did. They gave me a break from worrying about who might die in the battles to come. I got to turn my brain off and watch super-powered characters try to outdo each other in a nonsensical sport and laugh at how ridiculously certain characters were when affected by an inventive quirk.

These episodes were exactly what I needed after several seasons of My Hero Academia with little to no filler. I feel recharged and ready for whatever the sixth season has waiting, and I’d recommend anyone check them out if they’re looking for the same.

The My Hero Academia Season 5 OVAs were provided to Twinfinite early via press screeners. Both OVAs are set to premiere on Crunchyroll on Aug. 1. For more on the series, check out any of the related articles down below.