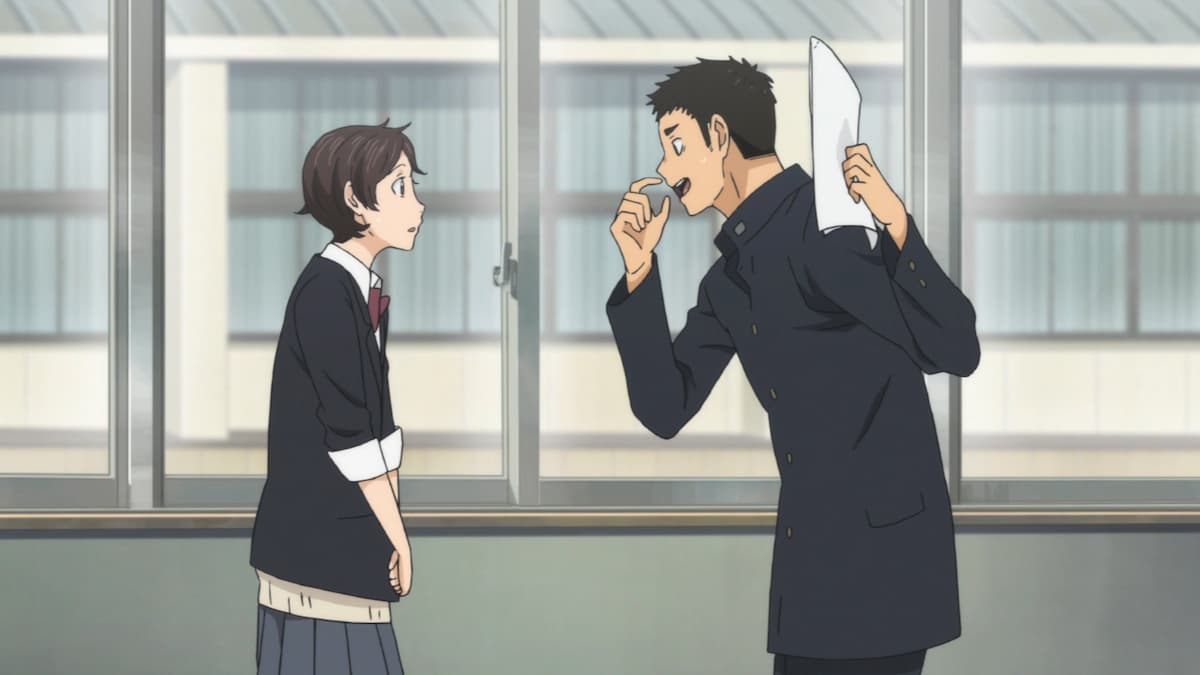 Daichi Sawamura and Yui Michimiya are the perfect example of the “Will They or Won’t They” trope, with fans questioning if the two will ever get together in Haikyuu. In this guide, we’ll give you a better understanding of their relationship by looking at their history in the anime and the key art of the manga series. Here is everything you need to know about if Daichi and Michimiya get together in Haikyuu.

Do Daichi and Michimiya Get Married in Haikyuu?

Unfortunately, there isn’t an official confirmation about Daichi and Michimiya getting together in Haikyuu, yet fans still believe in the “DaiYui” ship due to several manga artworks.

The pair first started rumors when we see their interactions at Karasuno High, where Yui blushes at the sight of Daichi. Eventually, a few more scenes display adorable conversations between them, like when she gives him the lucky charm before an intense match and when he holds up her gift after defeating Shiratorizawa.

Despite these scenes and storylines within the manga, Daichi seems oblivious to Michimiya’s crush on him, while Yui’s friends already know about it. For example, in the first episode of Season 3, her friends encourage her to give the lucky charm to him, with one of them stating, “I’m impressed you were even able to give it to him.”

The two can be seen together further down the line, such as on the covers of Shosetsuban!! Volume 11: The Graduating Students and Haikyu!! Volume 5, sparking more rumors about their potential relationship.

In the light novel series, we learn additional information about Yui in this side story adventure that showcases the artwork of her and Daichi shopping together.

Now that Haikyuu will release its two-part film, could we see their relationship develop in the animated version? We’ll just have to cross our fingers and hope that Daichi finally reveals his love for her, especially when she has constantly been there for him and supported his dreams.

That does it for our guide on Daichi and Michimiya’s relationship in Haikyuu, and we can see if they get together as time progresses. Before you go, you can check out quizzes for the anime, such as which Haikyuu! character are you? and which Haikyuu team would you be on? For additional content on the series, check out the relevant links below.