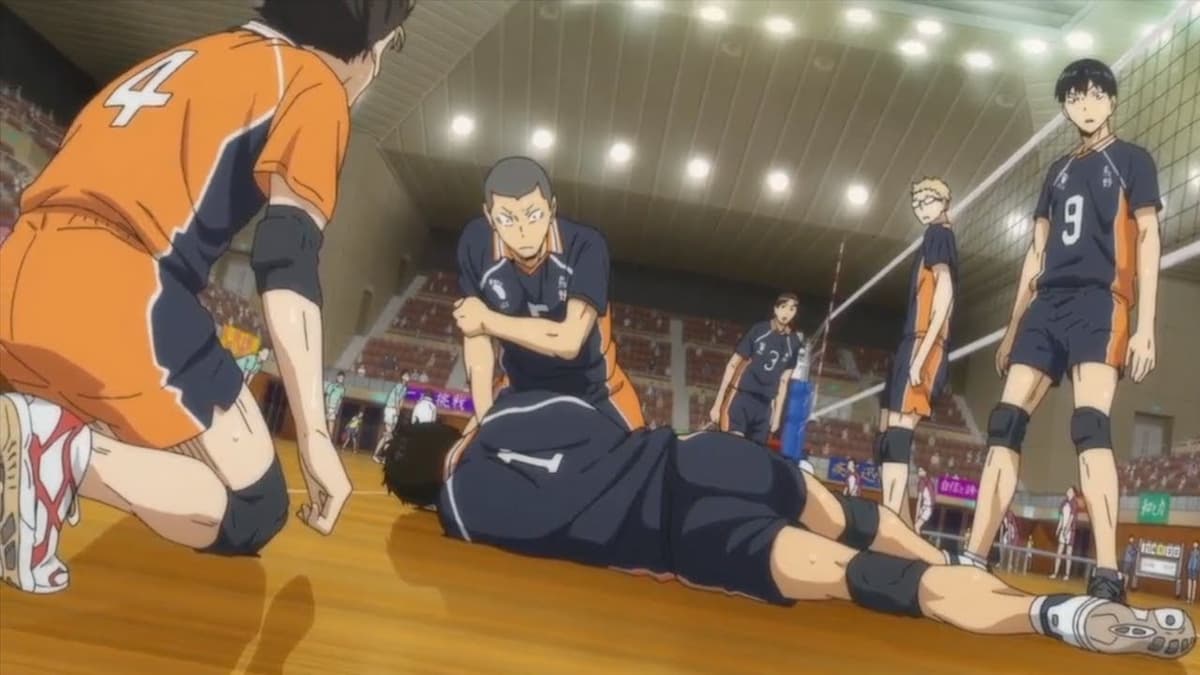 Haikyuu has it all: friendship, volleyball, and even death. Now we know what you’re thinking, how could this anime possibly feature such an aspect? To answer this, we’ll tell you everything you need to know about the sorrowful day that Daichi Sawamura died in Haikyuu.

Is Daichi Dead in Haikyuu?

It all started in Season 2, Episode 16, when Karasuno played in a volleyball match against Wakutani Minami High. During this episode, Coach Ukai fears that this opposing side will cause some trouble for the team, especially with the leadership skills of Captain Takeru Nakashima.

As the game progresses, Ukai’s nervous intuition turns out to be correct when Daichi collides with his fellow teammate, Ryunosuke Tanaka. As a result, the meme “RIP Daichi” was created by fans, causing many others to believe that he actually passed on in Haikyuu.

The truth of the matter is that Daichi didn’t actually die in the anime, and the rumor was purely for amusement. However, this “fatal” event proved difficult for Karasuno, as their captain had to leave the game temporarily, and Chikara Ennoshita had to step in while he recovered.

Here is one of the prominent memes that have been floating around the internet:

Another meme that was born from this moment was the “Tanaka Nice Kill” image, as shown here:

With this hilarious internet creation, some have branded Tanaka as a murderer since he is partially to blame for the incident.

If you aren’t familiar with the phrase “Nice Kill,” this is a volleyball term you say when someone makes a spike/attack that results in an immediate point during a match. Moreover, this wording may have brought up some confusion for Haikyuu beginners, and the community has also joked about it, like this Twitter post here:

Hopefully, this guide gives you a better understanding of Daichi’s death in Haikyuu. If you want to see more of the popular anime, you can check out the relevant links below and see the newest update about Season 5.