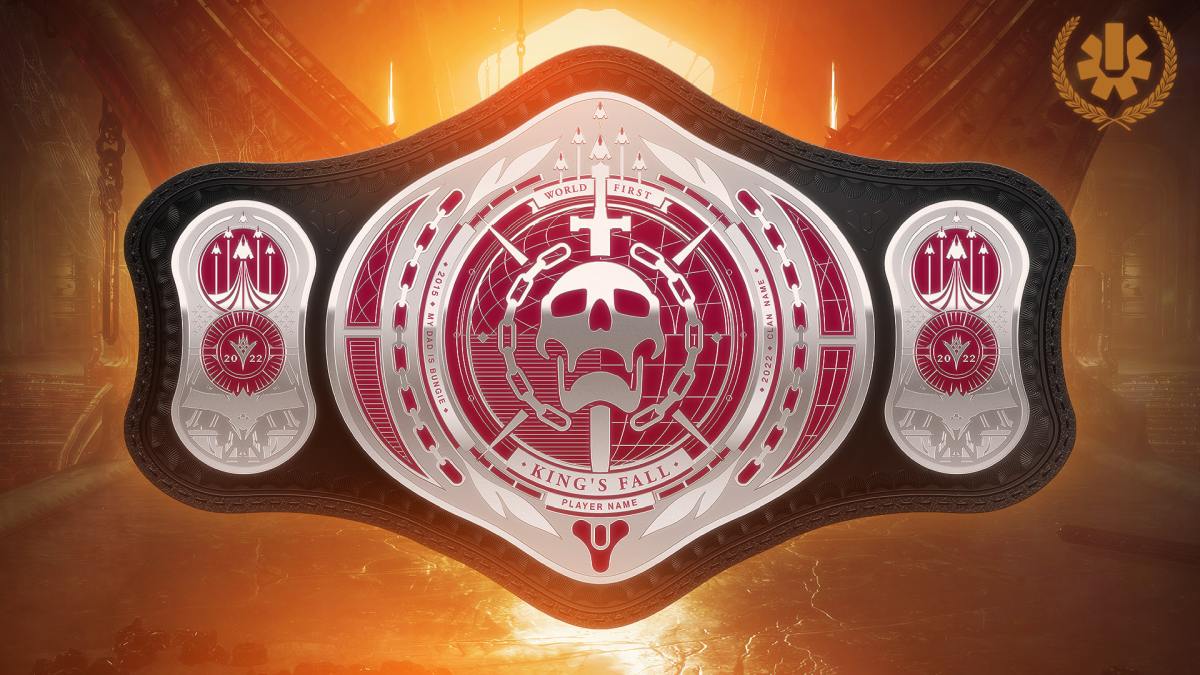 Today Destiny 2 developer Bungie officially announced via press release that Clan Elysium came out at the top of the World First race for the returning King’s Fall raid.

Following the implementation of King’s Fall, a fan-favorite Destiny 1 raid that returns after five years, the guardians of Clan Elysium were the first to emerge from Hive Dreadnaught victorious.

What makes the achievement even more relevant is the fact that this is the third word first in a row claimed by the claim, which is unprecedented in the history of the game.

All six members of the team will receive World First title belts as a reward. You can see it above.

Incidentally, Guardians that finish the raid before September 6, 2022, at 9:59 am PDT will be able to unlock the ability to purchase the 2022 King’s Fall Raid Ring for $125 via Bungie Rewards.