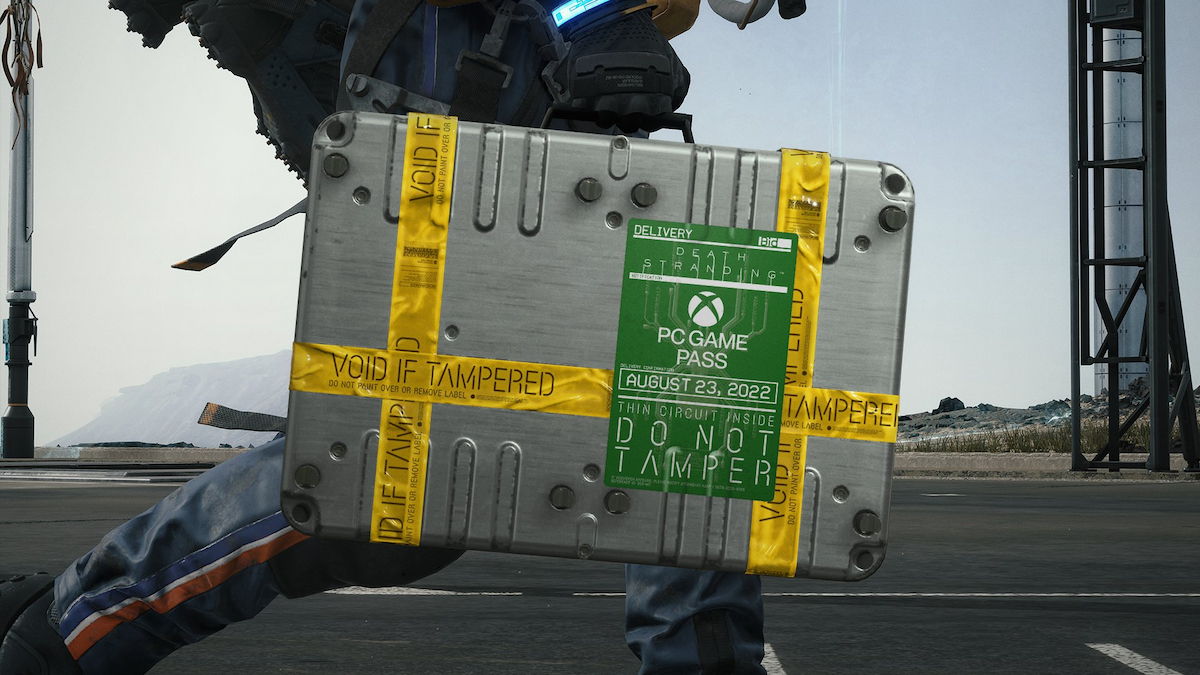 In a joint announcement with developer Kojima Productions and publisher 505 Games, Microsoft has confirmed that the original PC version of Death Stranding will be available via Game Pass starting on Tuesday, Aug. 23, 2022.

“Windows 10/11 PC gamers can expect such features as ultrawide mode, photo mode, high frame rate, and cross-over content from some very well-known franchises. What’s more, the PC Game Pass Edition of Death Stranding will also include the following items, which are unlockable as you progress through the story:

Prospective players should note that this is the original PC version of the game and not the more recent Director’s Cut edition. This means that there’s a discrepancy in features between the two, though the original release of Death Stranding offered no shortage of content when it hit store shelves in 2019.

Microsoft also uploaded an announcement trailer for the news, which you can view below to see the game in action:

With a new Death Stranding game potentially in development, now might be the perfect occasion to revisit the story of Sam Porter Bridges or experience it for the first time. If you’re still undecided, however, be sure to check out our review of the original Death Stranding or its Director’s Cut.