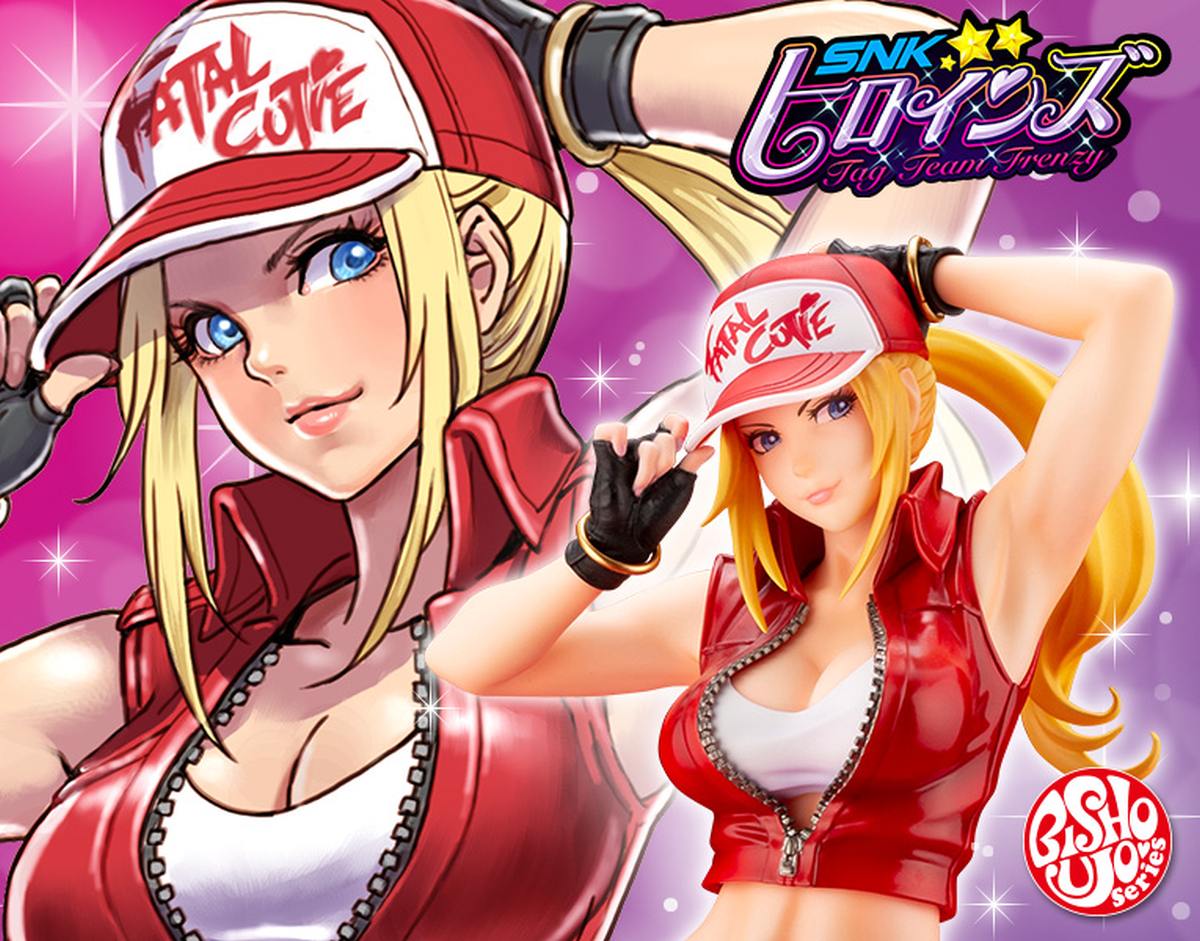 One of the surprises introduced by SNK Heroines: Tag Team Frenzy all the way back in 2018 was “Cutie Terry” or “Fatal Cutie,” the female version of popular hero Terry Bogard.

Thanks to Japanese figure manufacturer Kotobukya, you’ll finally be able to display her on your shelf, as she will get her own figure as part of the popular “Bishoujo” series.

You can pre-order her on Ami Ami for 13,800 yen, which translates pretty much precisely into $100 at the current exchange.

She will release on Aprile 2023, and her prototype is sculpted in 1/7 scale by Yoshiki Fujimoto, resulting in approximately 230 mm in height.

As usual for the Bishoujo series, she’s based on an illustration by Shunya Yamashita.

Below you can check out a gallery of images showing her in all her glory.

Speaking of Terry Bogard, SNK recently announced that the Fatal Fury/Garo series will make a comeback with a new game, even if it did not announce further details for the moment, besides the fact that a new game is indeed coming.