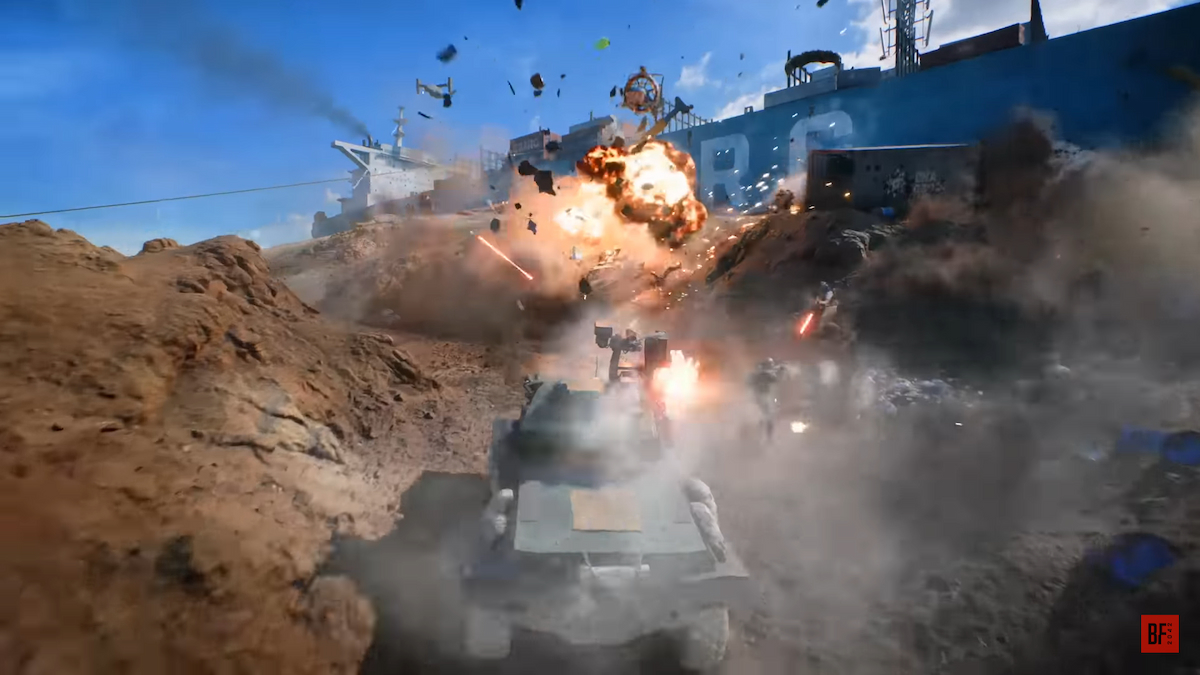 Last Thursday was the very first bit of gameplay for season two, Master of Arms for Battlefield 2042. It showed off a few additions coming with the new season. However, a new battle pass trailer has shone more light on what players will be able to earn.

The battle pass for the second season will once again feature 100 tiers of both free and premium items. In terms of usual first-person shooter battle passes, Battlefield 2042 has some incredibly unique unlockables. The trailer shows off a grenade. The fact that someone can just have that first and start using it before players know how to defend against it is crazy.

You can see the trailer for yourself below, there are a lot of goodies to show off, it seems.

While we saw new Battlefield 2042 specialist Charlie Crawford in the gameplay trailer and got a peek at his Mounted Vulcan specialist gadget, the trailer gives more details. For instance, Charlie Crawford will be one of the free items available and can be found early on in the battle pass as the tier four reward.

The EBLC-Ram vehicle will be available as part of tier 16, for free. Considering this is a vehicle available to anyone who progresses the battle pass, it will certainly be a race for which players can get behind the wheel the fastest.

The new PF51 secondary will come at tier 22, also for free. The trailer certainly makes it seem like every one of the 100 tiers will include some item that will keep your enemy on the defensive.

Battlefield 2042 season two, Master of Arms will release tomorrow, Aug. 30, for all players.