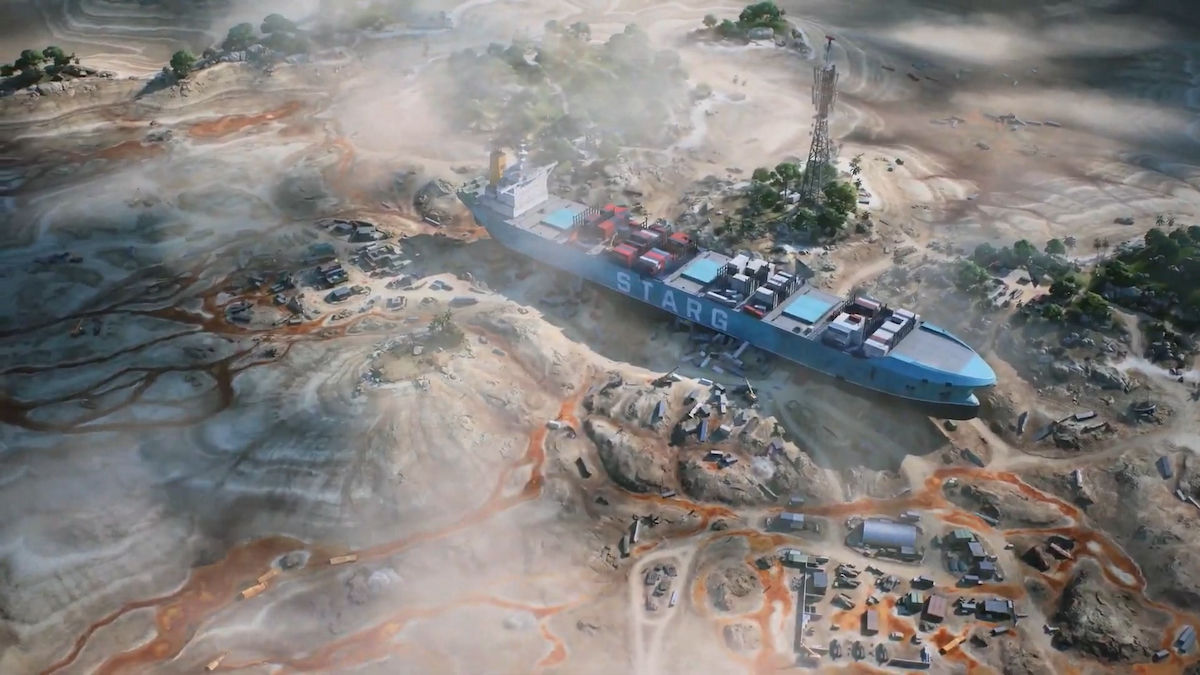 There’s plenty shown off in the trailer as two opposing sides fight over the new map Stranded, including new specialist Charlie Crawford who it seems can deploy shielded turrets. Stranded will feature a beached cargo ship for players to fight for and inside. A brief bit showing action inside a maze of shipping containers is a sight to behold.

There’s plenty of cover to be found, but the few mounted turrets shown off make the wider areas especially dangerous.

You can see the full trailer for yourself below, just don’t get caught in the sand tornado.

A few new weapons were revealed to be coming to the game’s arsenal including:

Two new vehicles are also coming. You will be able to drive or be driven around in:

The sand tornado shown briefly in the trailer seems especially damaging considering how open the Stranded map looks, players will have to stow away in the cargo ship to keep safe. The chip itself will likely prove to be an important defensive position.