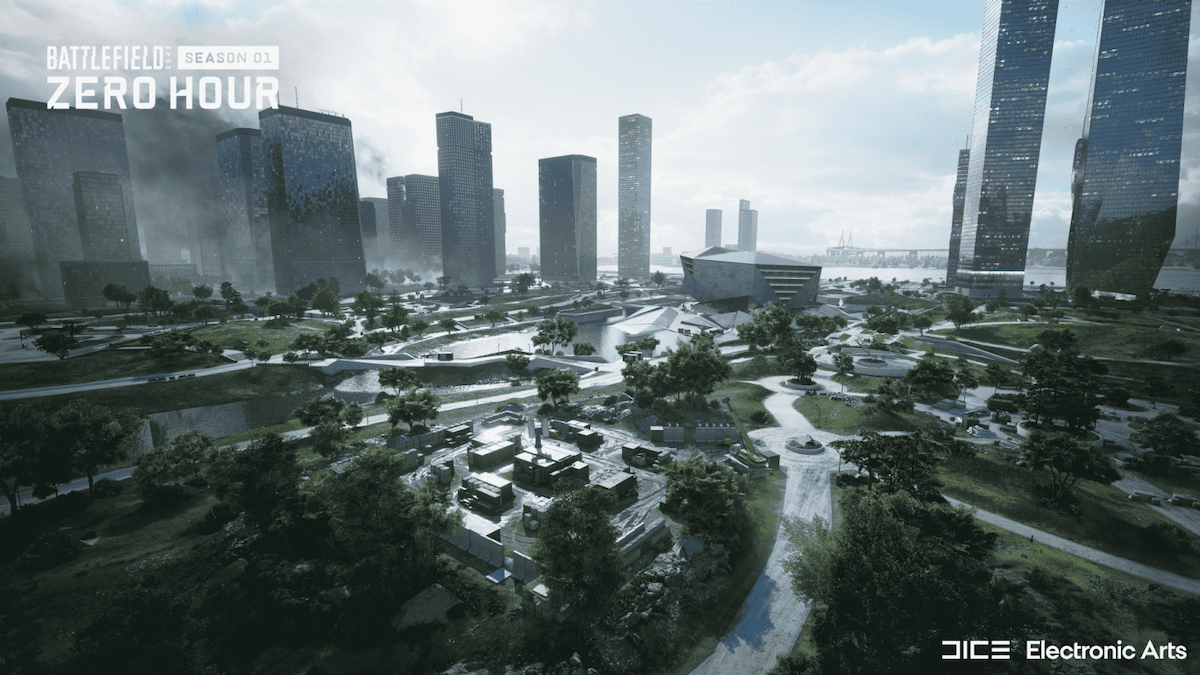 Battlefield 2042 is roughly halfway done with its first season, and the new patch 1.2 has dropped.

Among the big new changes, the Kaleidoscope map has been improved to “offer an improved gameplay flow through new cover assets, flag positions, terrain elevations and visual updates to several locations on the map.”

Cover has been added not only with the placement of new assets, but also in the raising of terrain to help break sightlines and let infantry move more purposefully around the map. Most importantly, these new assets bring more tactical destruction which help to ensure that the map evolves throughout the duration of each round, and provide both Attackers and Defenders with new options when playing in key areas.

From the sound of it, players will have a much different experience next time they load in to Kaleidoscope.

A player profile has also been added to the game, including player statistics. These are retroactive, so you’ll be able to see your progress from the start of the game, not just from the launch of the patch.

Your Profile shows your current in-game progress and your performance stats since launch. View information such as your current Rank, XP required towards the next Rank and the associated unlocks, your top Masteries and the unlocks you are next closest to completing.

While on the Statistics screen, you can check out information such as your K/D Ratio, kills, deaths, assists, revives, accuracy, shots fired and much more.

Here are the general fixes:

Head over here for the full patch notes.

It also seems that players will be getting Battlefield 2042 patch 2.0 sometime later this month.