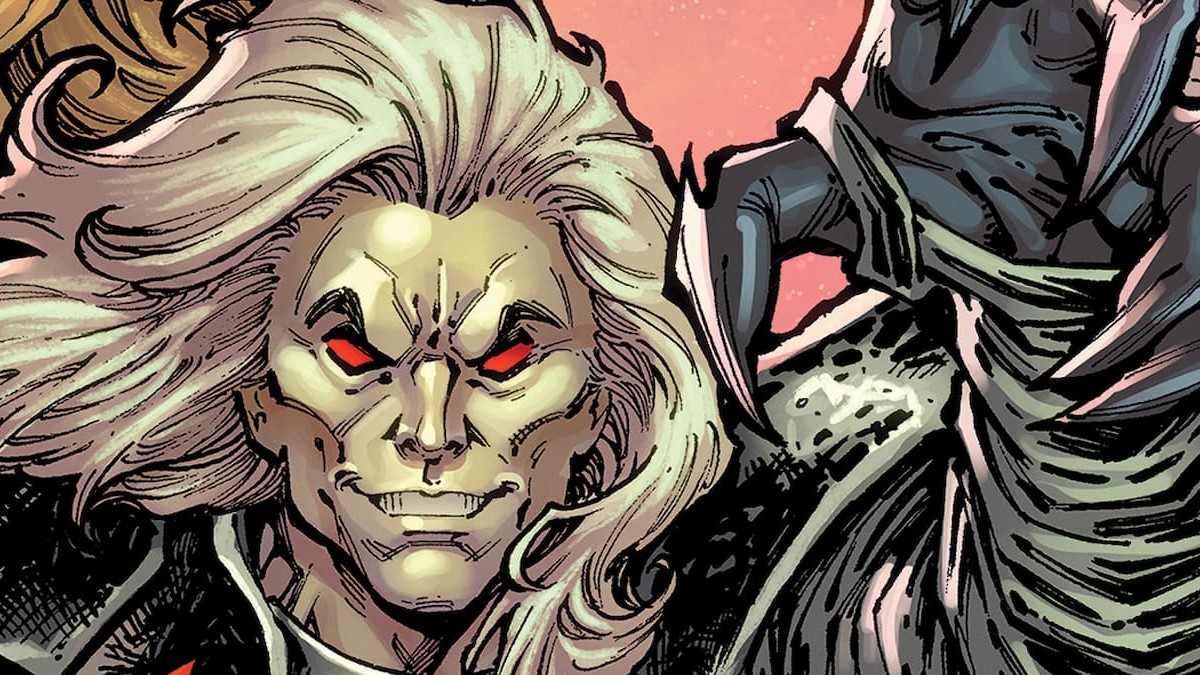 Fans of the Marvel Cinematic Universe have been speculating on who will be the next possible future villain. By examining the Loki series, some have indicated that it will be Kang the Conqueror. In contrast, others have claimed that Arishem The Judge from Eternals will play a more significant part. Now that Thor: Love and Thunder has been released, a new antagonist may enter the battlefield. Find out who Knull is and what this means for the MCU.

Knull is the God of the Symbiotes, a parasitic alien race that takes over a host, including Venom and Carnage. In the Marvel comics, he is the reason why these types of entities exist and used them to take over the entire galaxy. He is also one of the main villains in the Venom series, where Eddie Brock faces him during the events of King in Black.

His origins derive from the cosmic beings, the Celestials when they first created the universe. In Venom Vol. 4 Issue 4, we see the God of Symbiotes falling in an eternity of light until he eventually comes across the Celestial gods. However, due to his superiority mindset, he despises them and believes that he should be the one to rule the galaxy.

How Is Knull Connected to Thor: Love and Thunder?

The Necrosword used by Gorr, the God Butcher, was forged by Knull in his quest to eliminate the gods. In addition, the weapon is his first symbiote creation and is also known as “All-Black.” If you’ve watched Thor: Love and Thunder, you know that the Necrosword has the power to kill a god, which Knull had previously done when he eliminated Celestials.

Fans of Avengers: Infinity War may be surprised to hear that All-Black caused the development of the Celestial head named “Knowhere.” During these events, Knull utilized the weapon to eliminate a god and left Necrosword there for temporary salvation. As a result, this area became the home of a mining colony for Exita (an essential place in the Avenger films.)

After the God of Symbiotes loses a battle, the sword untethers itself from him and unexpectedly bonds with Gorr. However, All-Black’s mission stays the same, and the God Butcher carries out Knull’s will to wipe out the universe’s cosmic beings.

What Part Does Knull Play in the Future of the MCU?

There are several ways Knull could influence the fate of the MCU when looking over the timeline of Marvel comics. According to the Venom series, he could be making his appearance as an antagonist in the series. But, if the character is a “Thanos level” threat, his presence may be much more impactful than we think.

Based on his powers alone, we know he has enough strength to kill a Celestial. In addition, Knull has been alive for more than a billion years because of his multiples powers, such as regeneration and self-sustaining capabilities. Therefore, when comparing Thanos’ death from decapitation in Endgame, we can look at how Knull can still survive these mortal wounds. So, this information could indicate the character’s more prominent role in the MCU.

So, there you have it, this is who Knull is and everything else you need to know about this possible future MCU villain. While you’re here, you can read our guide explaining Valhalla in Thor: Love and Thunder and explore any of the relevant links below for additional Marvel content.