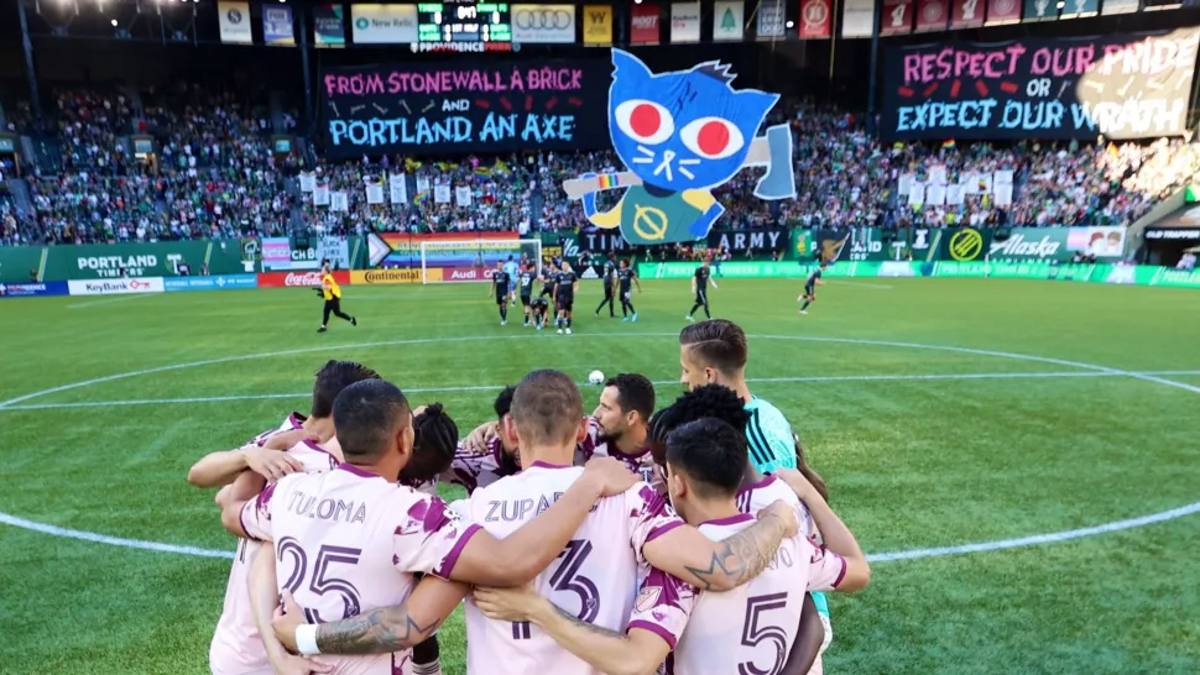 Ever since the Portland Timber FC were founded and joined the MLS back in 2009, its fanbase, aka the Timbers Army has become known as one of the most passionate and unique football clubs in all of soccer. Earlier this week on Twitter, the fans and team showed off that passion by not only supporting pride and equality but also showing they love video games like Night in the Woods.

In the tweet below by AP Sports Writer Anne Peterson, you can see the Timbers Army cheering vigorously at a home game, holding up banners that say “From Stonewall Brick and Portland an Axe, Respect Our Pride or Expect Our Wrath.” After this, none other than Mae Borowski pops up wearing a Portland Timbers kit. Other fans can also be seen holding up signs with anti-LGBTQ legislation as well.

Night in the Woods is a hit indie game developed by Infinite Fall, starring Mae Borowski, an anthropomorphic young girl who returns to her hometown after dropping out of college. The story follows her struggles with depression, mental health, and being queer.

In a statement discussing the event with Vice, Night in the Woods lead developer Scott Benson had the following to say:

“Really pleased that Mae keeps popping up in cool places and for cool reasons,” he said. “Seeing a giant bootleg version of a character you drew in your apartment years back used as a giant representation of resistance and survival during a time of reactionary violence and increased danger is really something. We support the message and the implied threat of axe violence.”

Night in the Woods is available now for Nintendo Switch, PS4, Xbox One, and PC.