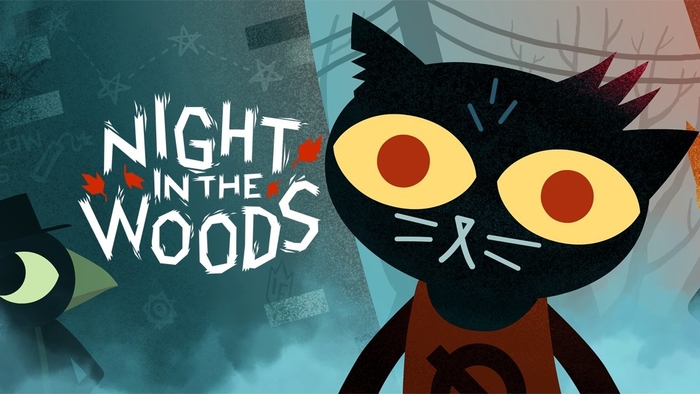 Night in the Woods puts you in the shoes of Mae, a cat in her early 20’s that has dropped out of college which prompts her to return home for the time being, not exactly knowing what her next move is. Mae reconnects with her old friends, family, and some people she would rather not see, like her old prom date. Exploring the town and discovering what’s changed is the main gist of the game. What makes Night in the Woods have such a subtlety to it is the fact there is never that drastic plot twist or climax that truly pushes the game in a particular direction, and that’s okay. It’s one of the main reasons why I feel that people should not miss out on this game, especially now that it recently released on Switch, making it as accessible as ever.

Night in the Woods came out almost exactly a year ago on PS4 and PC, which let’s be honest, makes it an old game by today’s standards. But Night in the Woods recently got a second breath earlier this month when it released on Nintendo’s hybrid console. I’ve been wanting to play this game for the longest time; the simplistic art-style, story-driven narrative, and realistic writing drew me in, but thanks to the abundance of AAA titles that released in 2017, I never got the chance, until now.

Playing Night in the Woods on the go with my Switch feels like cuddling up with a good book, and it’s honestly the best way to play a game like this. Like previously mentioned, Night in the Woods has a placid and calming feel to it throughout the entire story. You go back to Mae’s hometown, Possum Springs, and at first, Mae sort of looks down at her former classmates who haven’t left town or started college. But Mae starts to realize that her friends are just as or even more mature than Mae at the end of the day. While Mae was at school, partying and having a good ol’ time, her friends were back at home, working jobs to support themselves or their families. They had to grow up while Mae kinda stayed in this high school mindset. The conversations that ensue in Night in the Woods are some of the realest and most believable that you’ll see in a video game.

The writing is definitely what makes Night in the Woods so special. The fact that a developer can make a game where nothing really happens into a relatable, interesting piece of art astounds me. Talking to people in town, reconnecting with past friends, and going day by day seeing how things have changed in the small town, really made me think about my own hometown. Whenever I go back, things just feel slightly different but in actuality, nothing really changes. A new highway may be in place, or a few new restaurants might be opened up, but when I go see people that I know, it’s just all so stagnant. Night in the Woods does something so powerful without trying so hard to push a certain emotion on you. You might not exactly cry during your play-through, but you will definitely feel a state of melancholy.

If you own a Switch and have not played Night in the Woods yet, go do yourself a favor and go download it now. The game won our award for best indie game of the year in 2017, it’ll only take you around 8 hours or so and you won’t regret it.