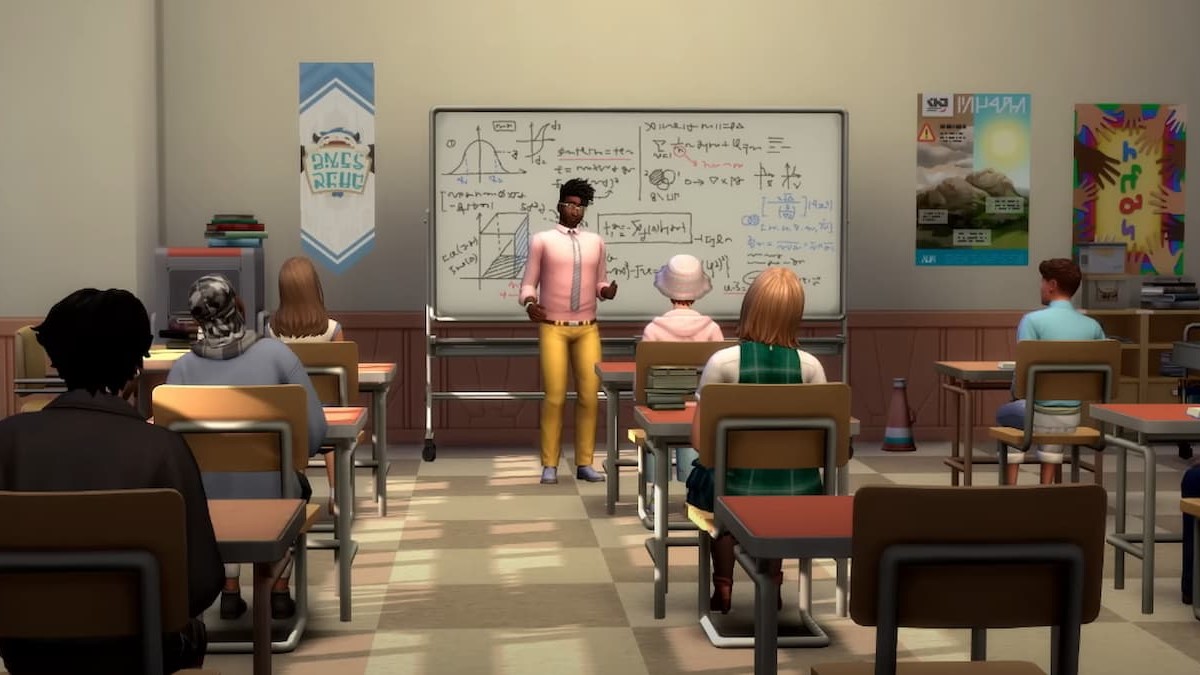 Ahead of the launch of the upcoming The Sims 4 High School Years Expansion Pack on July 28, Maxis Studios and EA have announced a new update has gone live. The update boasts a collection of base game improvements as well as bug fixes and contains something for every member of the Sims community.

The first set of changes detailed in the patch notes target the base game and looks to improve the overall user experience. The phone will be receiving a new “sleek interface” update that will make customizing it easier than ever while retaining the same feel. Speaking of customization, the building tools will see an expansion with the introduction of curved walls allowing players to place and adjust medium, large, and extra large curved rooms. This addition will have a similar control scheme to the curved decks and fences.

Along with the phone and building changes, the Sims character experience sees a bit of a few improvements. Body hair is now available without the need for lycanthropy while whims will now be replaced by a large selection of wants and fears that your Sim can either strive to achieve or overcome which can be toggled on or off in the “Gameplay” options menu.

Finally, the latest addition will see the Create a Sim receive more options to support the sexual orientation of the Sims. Players will now be able to select the gender identities a Sim is romantically attracted to, whether a Sim is exploring romantically, and the type of Sim they are interested in WooHoo or Messing Around with if they are interested in said options. These features will require the player to change them or else they will stay on the default settings.

Major content updates aside, the rest of the patch notes features a myriad of changes to different bugs players may have encountered.

The Sims 4 High School Years Expansion Pack launches July 28 for PC, PS4 and Xbox One. Check out our preview of everything new coming to the expansion pack as well as the preorder bonuses for said pack.