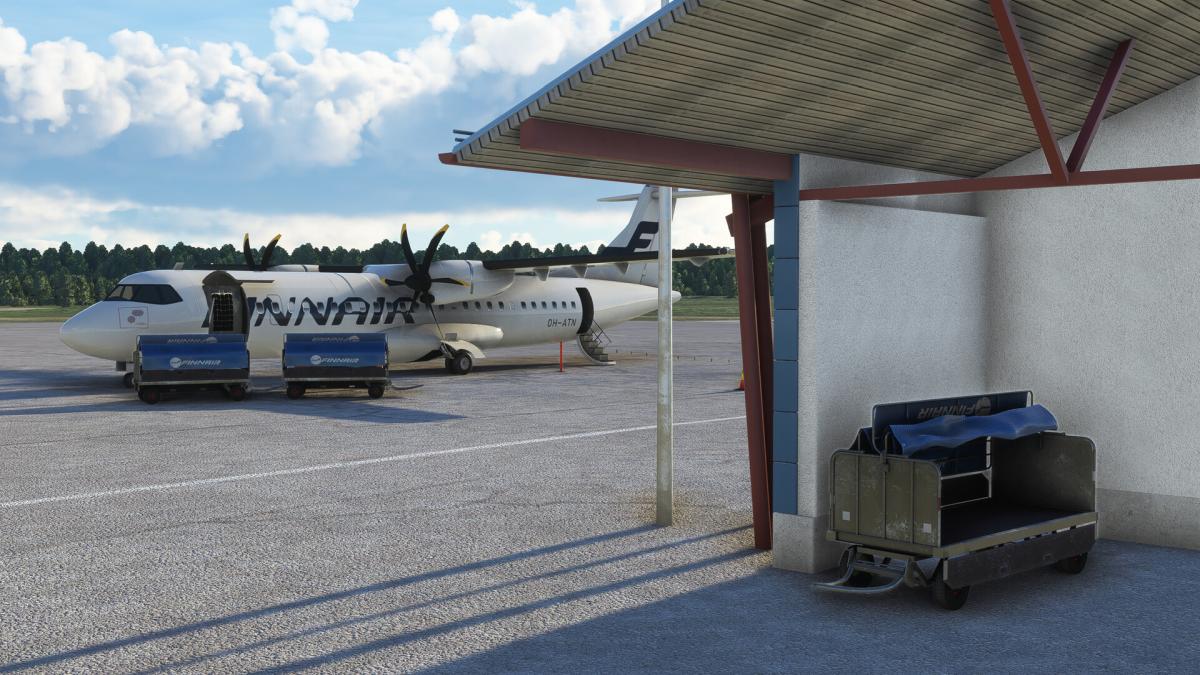 We start a development update for Synaptic Simulations’ freeware Airbus A220.

Sorry for the long wait, but we’re back with some more progress for your viewing pleasure. In the last month, we’ve completely rebuilt our map from the bottom up around a new, more accurate map projection algorithm and the new terrain rendering program you guys got to see last month (credit @SparkyPotato [Z+5.5]). We’ve looked through literal hours of footage from the flight deck to make this as accurate as possible, and we’re incredibly proud of the results. Anyways, enjoy these fresh screenshots straight from the simulator!

Thanks for your immense support, and stay tuned for some more news regarding progress from our modelling team.

You can follow the progress of the aircraft’s development on the developer’s discord server.

Next is a trailer revealing Kajaani Airport (EFKI) in Finland by Ben Kleber. You can check out what you can expect below.

Last, but not least, Impulse Simulations has revealed new images of the assets being worked on for Bendigo Airport (YBDG) in Australia.