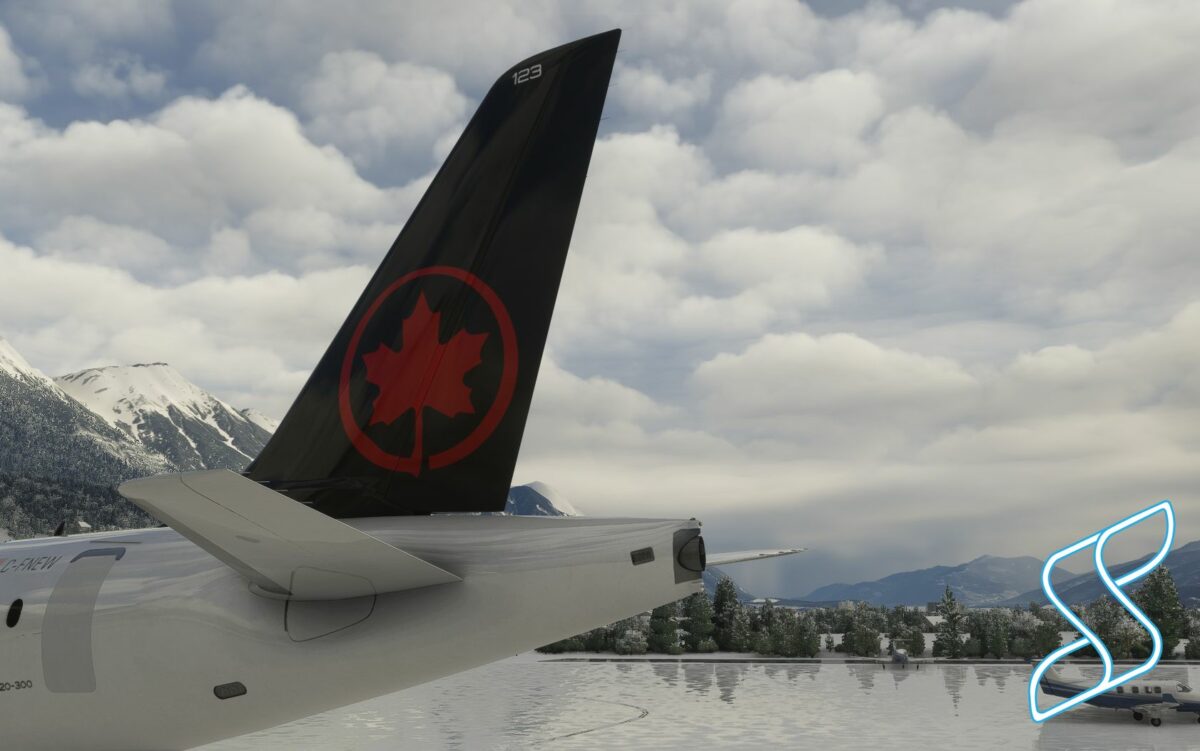 Today Microsoft and third-party developers had interesting news to share about Microsoft Flight Simulator and its add-ons.

We start with the Xbox (and XboxCloud Gaming) version of Microsoft Flight Simulator, which has been updated to version 1.25.12.0 to address crashes on startup introduced with the latest sim update.

Those who still experience the crashes are invited to try the workaround described here.

This version will not be deployed to the PC version.

Moving on to third-party efforts, we get a development update for Synaptic Simulations’ freeware Airbus A220.

Specifically, we get to take a look at the synoptic pages included in the avionics of the aircraft.

Today I’m proud to help showcase the full range of Synoptic pages present on the real aircraft – now replicated to be functional on the A22X. Everything showcased below has been recreated by the programming team with the help of accurate reference material, and we cannot wait to showcase them functional in sim with backend systems.

You can follow the progress of the aircraft’s development on the developer’s discord server.

Next, we move on to Classic Simulation, which is the recent rebranding of TopKit Simulations. The developer shared progress on its 737-400, including images and videos of the 3D modeling.

We also hear that, while the -400 will come first and remain freeware, the -300 and -500 will be payware in order to provide funds to improve the quality of all versions.

We also hear that all models will have both passenger and freight versions, while the -300 and -400 will also include a combi.

While recently we began the early phases of rebranding, we promised a new development update, In this update we can confidently say what we’re aiming for. As you can see with your own 2 eyes, We’ve been hard at work on both the cockpit and exterior models for the 737-400 Base Package. We can now confirm that we will have 2 payware variants and 1 freeware variant of the 737CL Project The 737 Classic Base Package will be the Boeing 737-400 Model, This has always been and remains freeware. The addon option you may have is the The 737 Classic Expansion Package will be optional and not required to enjoy the full extent of the 737-400. The reason we have brought this change on is to have some funds to invest in future updates and better overall image for the company as a whole. with the revenue gained from this package we can bring in things like professional sound packages over that of our own developed sounds and cover external costs like our website. We’re hoping that this news does go down well with our already current users.

So to get into further detail about what you can now see, we’ve included two videos (links found below) and 7 Images these images show off updates to the existing 3D Model with changes our Nose Gear, APU Outlet, Aircraft Belly, Main Gear, MIP Area, Overhead Area and the Yoke. We’ve advanced further on the 3D model to ensure the best quality we can. So with that said the update is now considered wrapped up as progress can be shown in the images below.

You can follow the aircraft’s progress on the developer’s discord server.

WF Scenery Studio, known for its high-quality Chinese airports, announced that it’ll release Beijing Capital International Airport (ZBAA). That being said, it was mentioned on the developer’s Weibo page that it’ll take some time.

As one of the largest and busiest airports in the world, it’ll likely be worth the wait. At the moment, images of the MSFS version of the airport have not been shared.

We also get an announcement from SimWorks Studios, that will create Maun airport (FBMN) in Botswana. As the main gateway if the Okavango Delta area, it’s home to a fair quantity of airline traffic and plenty of charter flights.

Of course, it will work as the perfect complement for the developer’s Okavango Delta scenery, that will also be updated for free at the same time with ten more airstrips and new camps.

You can see a single render below.