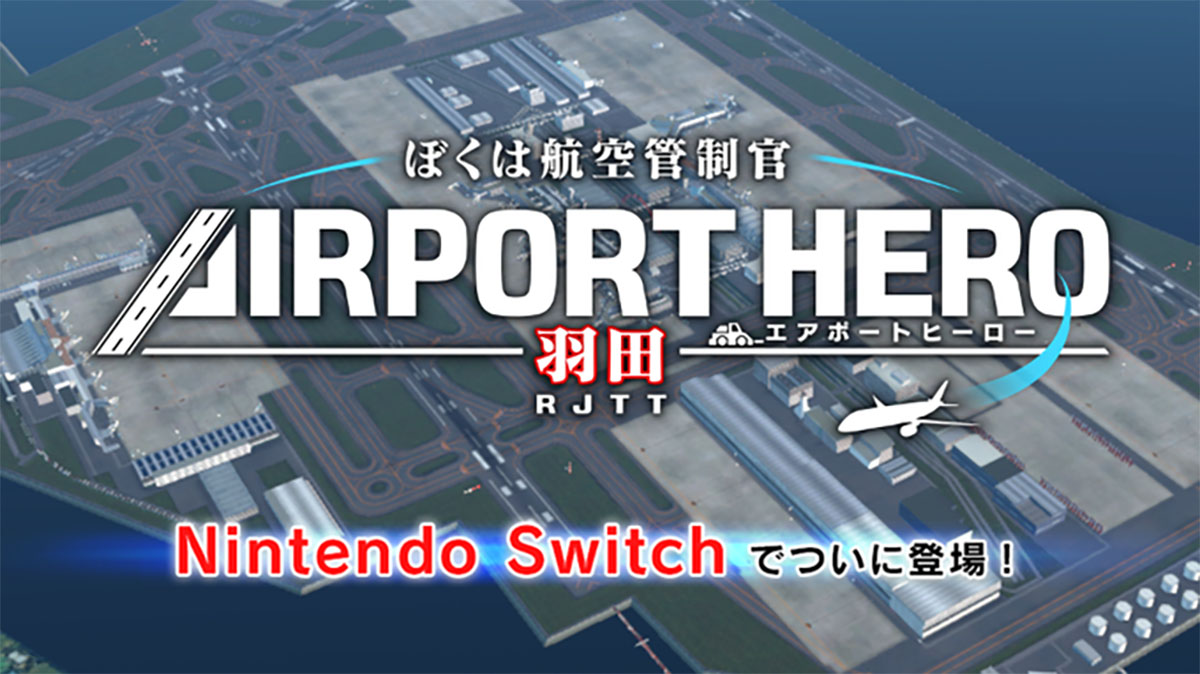 The game will release on September 8, 2022, and quite surprisingly, it’ll include English language support on top of Japanese.

As the title indicates, it’s an air traffic controller simulation based on the Tokyo Haneda airport in Japan, challenging the player with the task to direct aircraft around the aprons and runways in order to ensure smooth operation.

On the other hand, Sonic Powered has been releasing console spin-offs on PSP and Nintendo portables (Nintendo DS and then 3DS) since 2006 with the subtitle Airport Hero, proving quite successful in Japan and even getting a handful of localization.

Now the Airport Hero series is finally making the jump to the newest portable, the Nintendo Switch, and the fact that it’s coming in English is definitely great for the fans who don’t speak Japanese.

Incidentally, this isn’t the first aviation foray on the switch for Sonic Powered, which recently released Landing Hero Haneda x 787 both in Japan and in the west.

When that happened, many wondered if the Airport Hero series would follow, and today we got the answer.

Below you can check out a couple of screenshots and the box art. In Japan, the game is being released physically, but we can likely give up on that in the west.