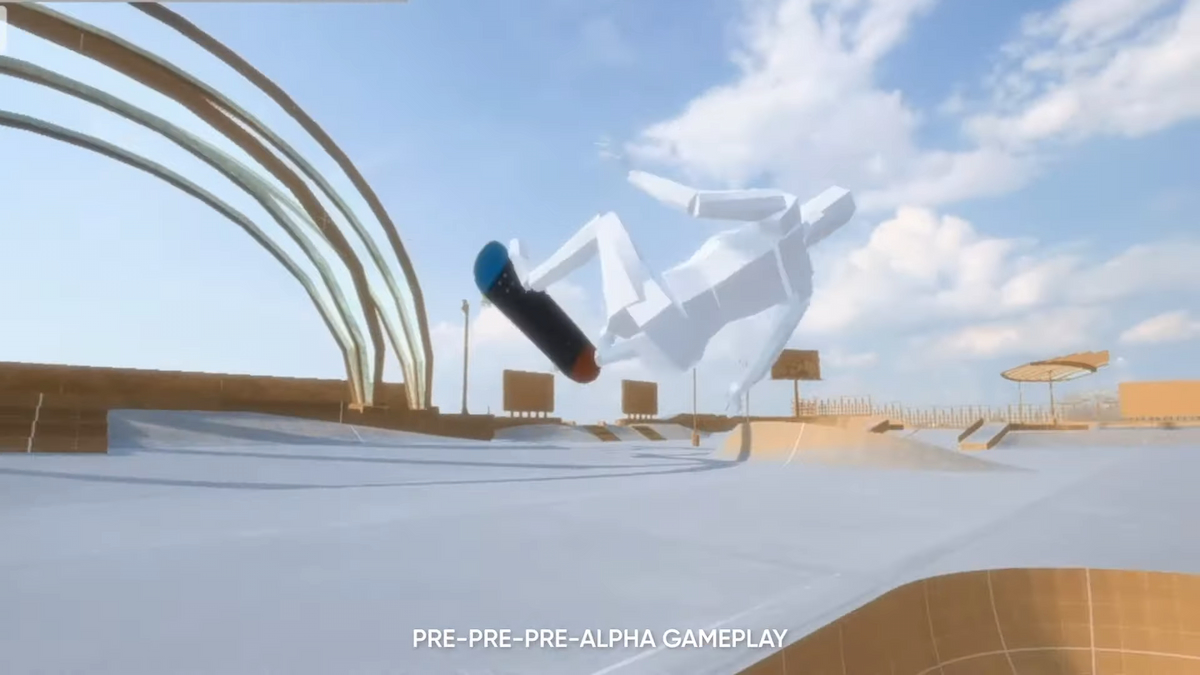 For those hoping this Skate news would be gameplay focused, it’s on more technical things regarding development. It’s more information than spectacle. While the developer video does certain have little cutaways to gameplay, the bottom of the screen wants you to know it’s very rough footage. What you’re seeing is “Pre-Pre-Pre-Alpha gameplay”.

The first thing to know is that this isn’t considered Skate 4. Cuz Parry, the Creative Director, explains that this title isn’t a sequel. To that end, it’s not a reboot or a remake, either. This new Skate is simply just the game.

Cuz Parry announces in the video that Skate will be the complete game and they will simply build on top of it rather than follow it up with new iterations. It sounds just like it is, the new Skate will be a live-service game. But, for those concerned, it will also be free-to-play. It will also feature not only cross-play, but cross-progression across all platforms.

Also, the location is a little wacky in keeping with the series roots. The new Skate will take players to “San Vansterdam”. In Skate 1 and 2 it was San Vanelona, with Skate 3 based in Port Carverton.

You can find the rather long developer video below. For those who have been waiting the last 12 years for Skate 4 (which this technically isn’t), there’s plenty to appreciate.

Sadly, while the video has some terrific details, it doesn’t include a release date.