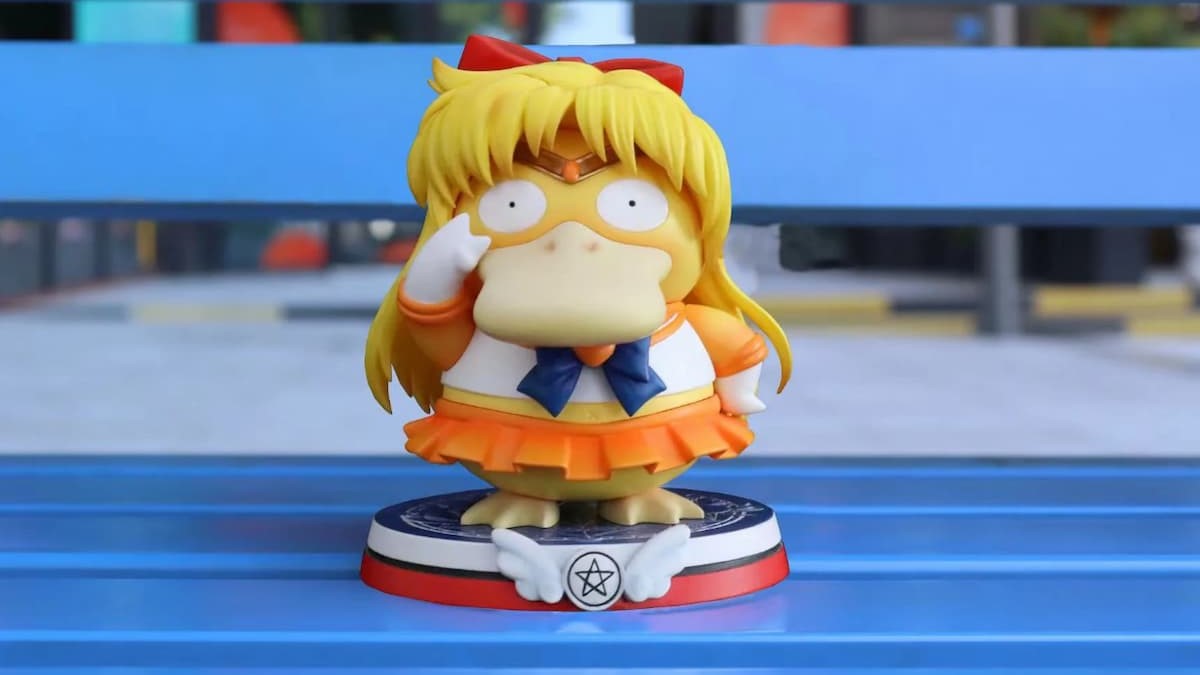 FavorGK is an excellent website to shop for your favorite anime statues and figurines. Nevertheless, out of all the company’s collections, its crossover of Pokemon and Sailor Moon has been widely popular throughout the community. If you want to know more about this collaboration, we’ll provide you with a list of these exclusive items.

In celebration of Sailor Moon’s 30th anniversary, FavorGK has partnered with CP and YAYA Studios to create figurines of beloved Pokemon characters. Here is a list of all confirmed crossover items within the website.

Psyduck’s adorable rendition of Sailor Venus is one of the few collectibles on the FavorGK website. This water-type Pokemon has been gaining much more traction, especially since the release of Detective Pikachu. As for the character, Sailor Venus (also known as Minako Aino), she is one of the first members to receive powers within Sailor Moon, and now she has a whole new look in this recent crossover.

The athletic Sailor Jupiter is another member showcased in this Pokemon collaboration. She acts as the group’s strategist in the anime thanks to her immense strength and unique talents. When she is a civilian, she goes by the name Makoto “Mako” Kino and attends Juban Public Middle School alongside other members of Sailor Guardians.

Although Sailor Mercury was very timid at the beginning of the series, she eventually stands out as the sweetheart of the group. Like Psyduck, she is a gentle being, but if you push their buttons enough, they will both fight with everything they have. Now with this crossover, the two characters can become one in this new lovable cosplay version.

Joining Psyduck in this crossover is Pikachu, one of the most popular Pokemon in the franchise. In this Sailor Moon crossover, we see the creature cosplaying as Chiba Mamoru, otherwise known as Tuxedo Mask. This item also displays Mamoru’s classic roses seen in many episodes of the anime. With the combination of Pikachu’s electricity and Tuxedo Mask’s piercing red weapon, this figurine is a must-have for your collection.

Last but certainly not least is the Sailor Moon and Pikachu Cosplay figurine. Since Usagi Tsukino is the anime’s main protagonist, it is no surprise that she is one of the exclusive items within this crossover. Along with her trademark outfit and accessories is her legendary magical wand, which has also been a real-life item sought after by fans.

The Pikachu items are currently sold out, but there is still time to pre-order the Psyduck variants. So, be sure to grab them while you can since these figurines sell out incredibly fast.

Now that you know all FavorGK Pokemon and Sailor Moon crossover figures, you can explore their website to see if these items are available. For more anime content, you can view our articles on other figurines, such as Spy X Family’s Yor Forger Nendoroid figure and Square Enix’s Nier: Automata collectible. Be sure to also check out the relevant links below and search for Twinfinite to keep up with the latest news and updates.