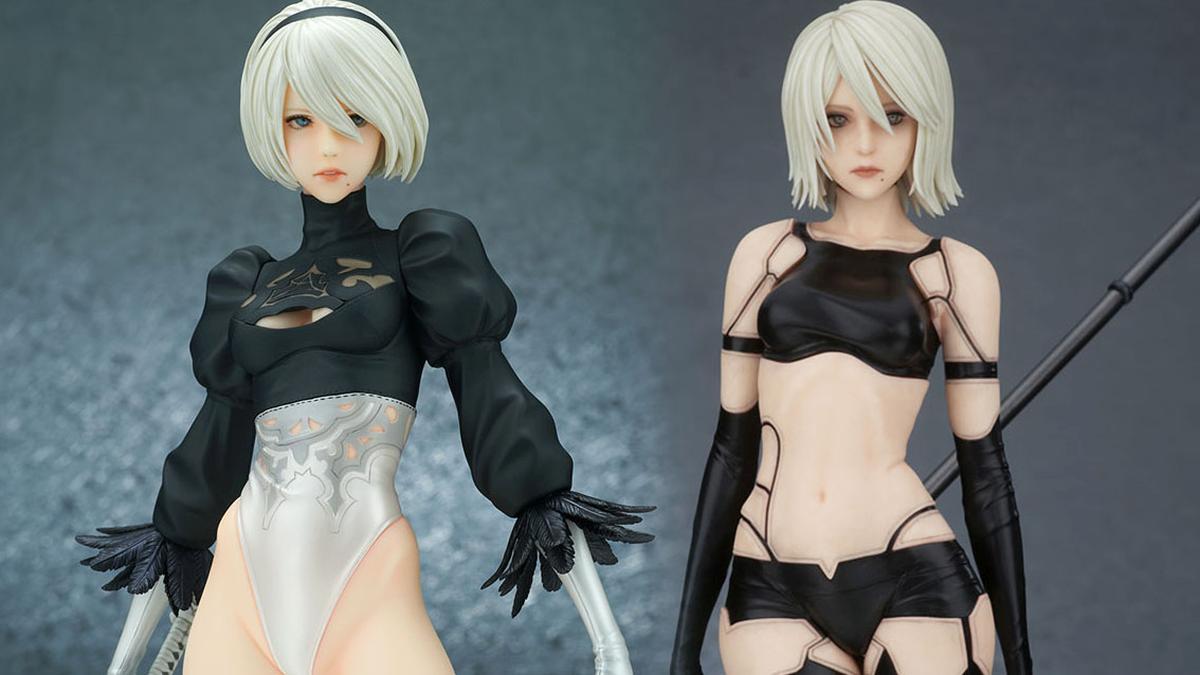 Today Square Enix made a few Nier: Automata figures available for pre-orders, focusing on beloved androids YoRHa 2B and A2.

The figure portraying 2B is actually a reprint of one that was originally released in 2019, produced by Flare and sculpted by REFLECT’s Mitsumasa Yoshizawa.

The difference is that the deluxe version includes Pod 042 and alternative parts like the face without the visor and the torso without the skirt.

The release window for both is December 2022.

The big news is that Mitsumasa Yoshizawa sculpted a brand new figure portraying A2, and that one is coming in May 2023 in three different versions.

The long hair version comes with the Type-40 tactical sword and the full camisole (and long hair, duh), while the short hair version has the Cruel Arrogance and no camisole bottom.

The deluxe version comes with all the options if you want variety in your display.

Nier: Automata is currently available for PS4, Xbox One, and PC. If you’d like to learn more, you can check out our review.