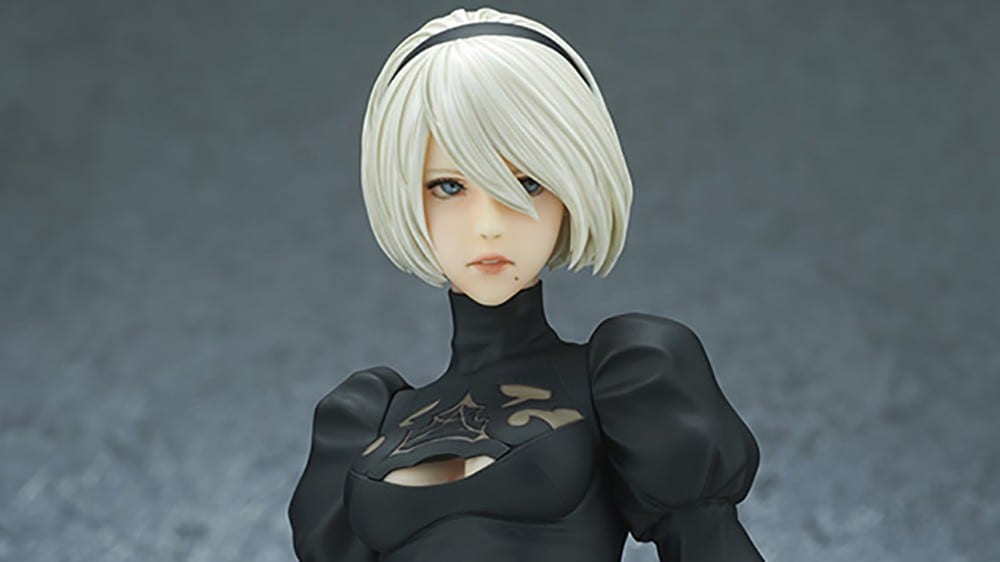 Today Square Enix released in Japan a brand new figure of NieR: Automata’s heroine 2B, and it looks really beautiful.

While the figure is released by Square Enix, it was actually planned and created by Flare, and sculpted by Matsumasa Yoshizawa, known for some beautiful creations like his heroines from Evangelion.

Priced at 20,800 yen (which translates approximately into $195) she is actually already out of stock at most stores.

That being said, even if you’re unable to find a new copy, it’s likely that she’ll appear on Japan’s flourishing pre-owned market soon enough.

She actually comes in two versions. The a cheaper version comes without some of the accessories for 15,180 yen, which translates into $142.

The Deluxe version includes Pod 042 sculpted by Fumihiro Matsumoto, an a swappable face without the visor, and a body without the radiation protection skirt.

If you’re interested in NieR: Automata, the game will soon receive an interesting crossover in Final Fantasy XIV, even if it appears it’ll be the white-dressed spin-off version 2P who will be featured.

The original game is currently available for PS4, Xbox One, and PC. If you’re wondering why it gets so much love, our review is one click away.