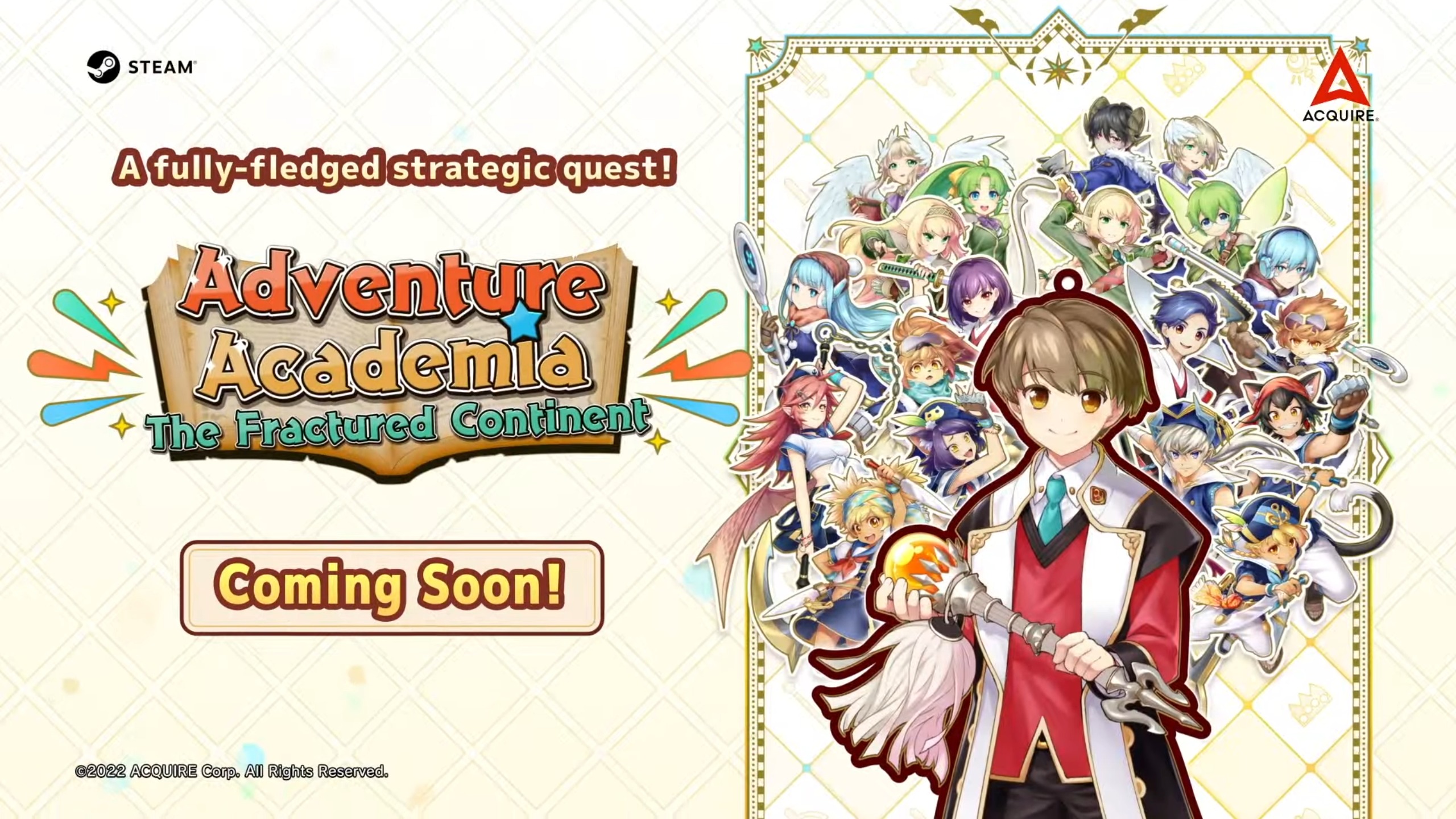 Today Akihabara-based developer Acquire provided an update about its upcoming games, Adventure Academia: The Fractured Continent and Labyrinth of Zangetsu.

We learn that Adventure Academia: The Fractured Continent, will release on September 8 for PS4, Nintendo Switch, and PC via Steam.

If you’re unfamiliar with the title, it’s a brand new game set in the Class of Heroes world.

On top of the trailer revealing the release date, below you can also check out the recording of a livestream showing plenty of gameplay (all in Japanese).

You play as Alex, a young man who has set out on a journey to search for his missing father, traveling alongside his childhood friend Citrin and his advisor Lazuli. He uses an artifact named the “Ruler Orb” to command others on the battlefield.

The game lets you assemble teams of students belonging to one of ten races. Each student will have three personality traits to make them unique.

Each stage sees the player control the students by “pinching” them to give directions, and fight against gargantuan bosses each with their own powers.

The second reveal comes for Labyrinth of Zangetsu It’s a dungeon-crawling JRPG that we already know will be released in Japan for PS4, Switch, and PC on September 29.

This time around, we get to see a new trailer showing plenty of gameplay.