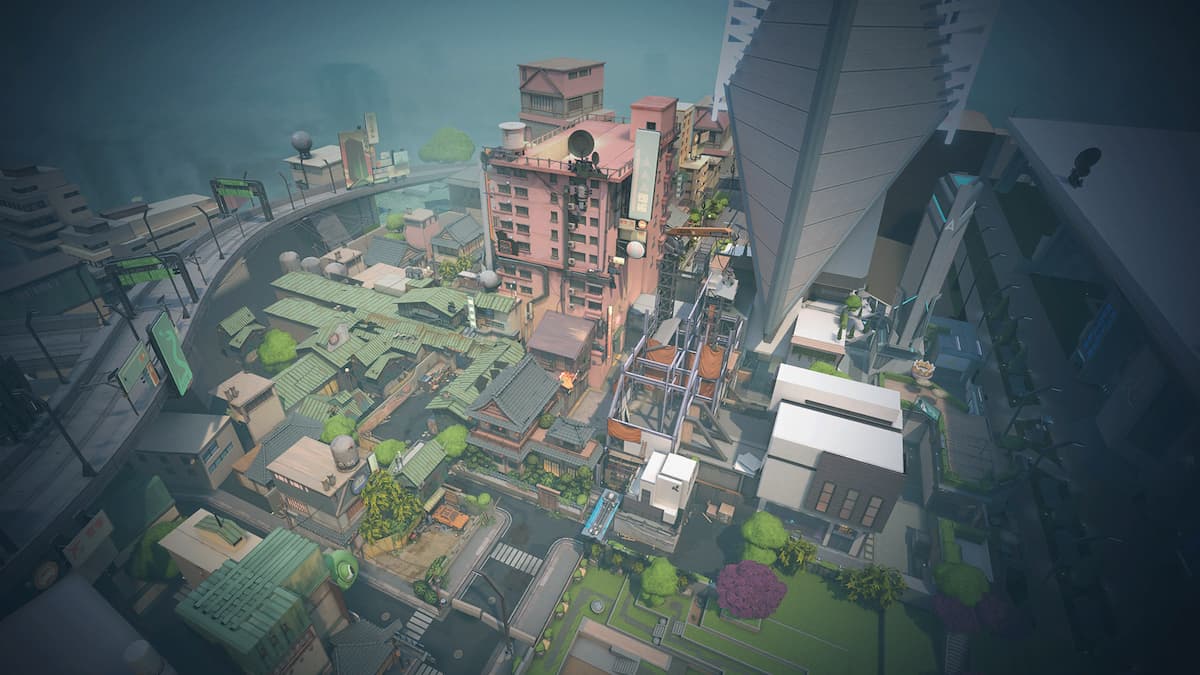 The fifth Episode of Valorant content was today revealed by Riot Games, which along with a new map, premium skin bundle, and battle pass, is set to launch in tandem with a new patch. The update, which launches next week, June 22, adds a new rank to the game and introduces a bunch of typical bug fixes, but there’s also an unusual change, too: Valorant’s map Split is being removed from both Unrated and Competitive.

Split has actually had a few strange issues following the launch of the game’s most recent update, Patch 4.11, which involved new ledges on A heaven giving Agents like Jett and Raze an overpowered hiding spot. It saw the map temporarily taken out of Competitive, too, before being reintroduced after the issues had been solved. This latest news, then, seemed to be in some way linked to the same type of issue, but as it turns out that isn’t the case.

Split is being removed because Riot Games wants to keep the map pool at just 7, a decision that design lead Joe Lansford explained in a recent article was taken after working with esports teams, surveying players, and talking with professional organizations.

Further, Riot believes that due to the fact that learning new maps in tactical shooters can be one of the most challenging, and with a new map having just been introduced, “seven is a nice sweet spot that offers both variety and mastery.”

The team had considered keeping Split in the Unrated map queue but decided that “keeping parity” between all map pools made more sense. Split will still be available in custom and alternate game modes, such as Spike Rush.

So why Split and not a different map, such as Breeze or Fracture? Lansford cites “player sentiment, time since release, past and future planned updates, what the map brings in terms of strategic variance, as well as where Pearl fits into all of it.”

Still, you can expect Split to reappear at some stage in the future, likely rebalanced to make it more viable (it’s heavily CT-sided currently). Split probably isn’t the only map that will be removed from Valorant’s map pool at some point in the future, with Riot Games keen to keep its seven-map rotation moving forward and always reserving one for fine-tuning in the background.