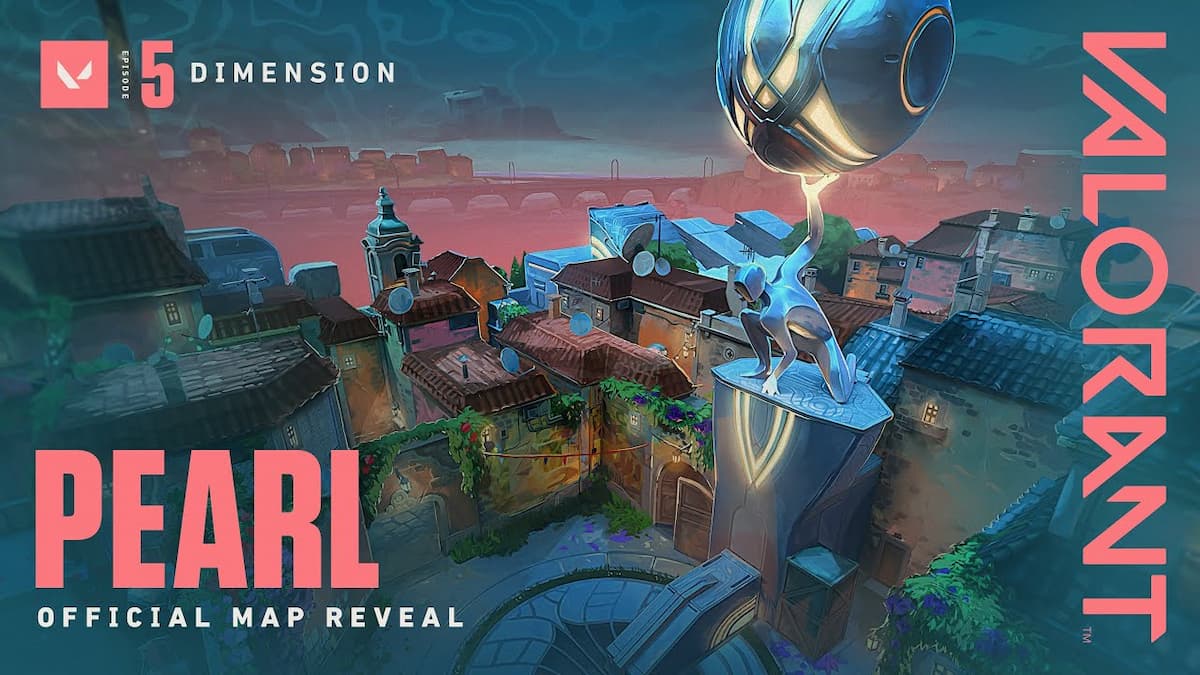 Riot Games has today finally revealed the major content coming next week in Episode 5, Act 1, and it is indeed the new map that was expected. Called Pearl, the map is set in an alternate dimension called Omega Earth where climate change has flooded Portugal and its cities are now underwater protected by a geo-dome. The map was unveiled today with a spectacular trailer showcasing its design.

Unlike many of Valorant’s maps, Pearl doesn’t really feature any particular gimmick mechanics, such as teleporters, ziplines, or doors. Level designer Joe Lansford explained in a press release that the development team “wanted to make a map that was a little more straightforward” after Icebox, Breeze, and Fracture. As a result, Pearl is “deceptively simple, strategically speaking.“

Art lead Brian Yam went on to highlight that “the inspiration for Pearl started from an older underwater theme pitch concept, which was combined with a newer pitch that revolved around a major city flooded from climate change.”

As for the codename Pitt, which Twinfinite noted in our previous article wrapping up what we knew about Pearl’s release ahead of today’s reveal, Joe Lansford explains:

“The dev-name for Pearl was “Pitt.” You see the underground cylinder thing in mid? That actually used to be an open hole, an actual pit that players could fall down and die. In a very early iteration, it was in the middle of B site. We moved away from that direction because it didn’t quite match the goals of the map.

Update: Riot Games is now streaming new map content, presented by several of the team’s developers. You can check out on the publisher’s official Twitch channel here.

Stay tuned to Twinfinite for more Valorant coverage of everything new in Episode 5, Act 1 throughout the rest of today.